Bollywood actress Bipasha Basu's sister Vijayeta Basu got married to her longtime beau Karan Talreja. The bride and the groom opted out of a lavish wedding through the medium of simple court marriage. Vjayeta even took to social media in order to share her wedding pictures on social media and elder sister Bipasha Basu was all hearts for her wedding photos. The wedding photos saw  Vijayeta Basu in a pink banarsi sari. She kept her look very simple and kept her make-up understated too.

On Tuesday evening, Bipasha Basu and Karan Singh Grover hosted a grand wedding party for the newlyweds where the Raaz actress glowed in a pink ethnic attire with her loved ones by her side.

The newlyweds Vijayeta Basu and Karan Talreja looked happy than ever in the pictures from their wedding party celebration. 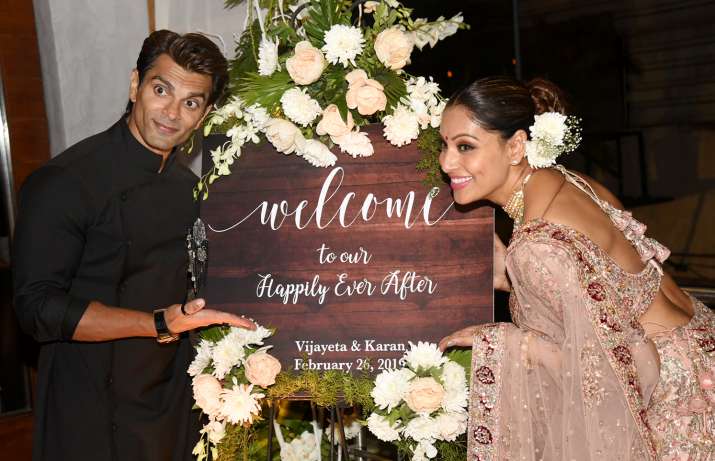 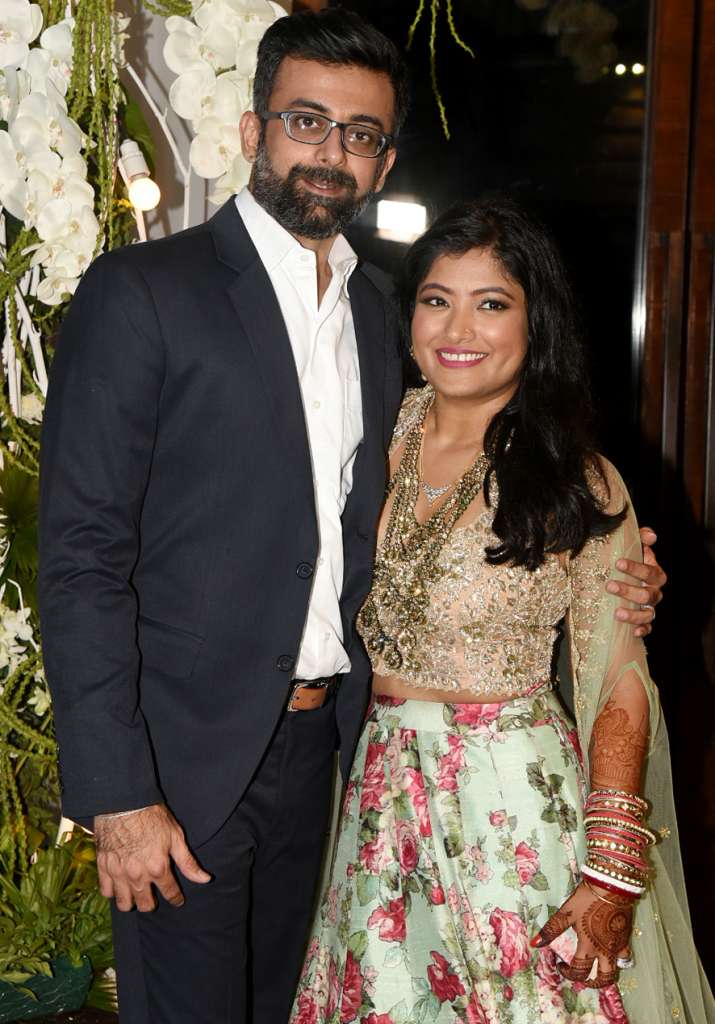 Unlike a big fat wedding, the members of the Basu family decided to keep Vijayeta's wedding understated and completely low profile. This is the reason why the wedding did not witness the arrival of any Bollywood celebrity. 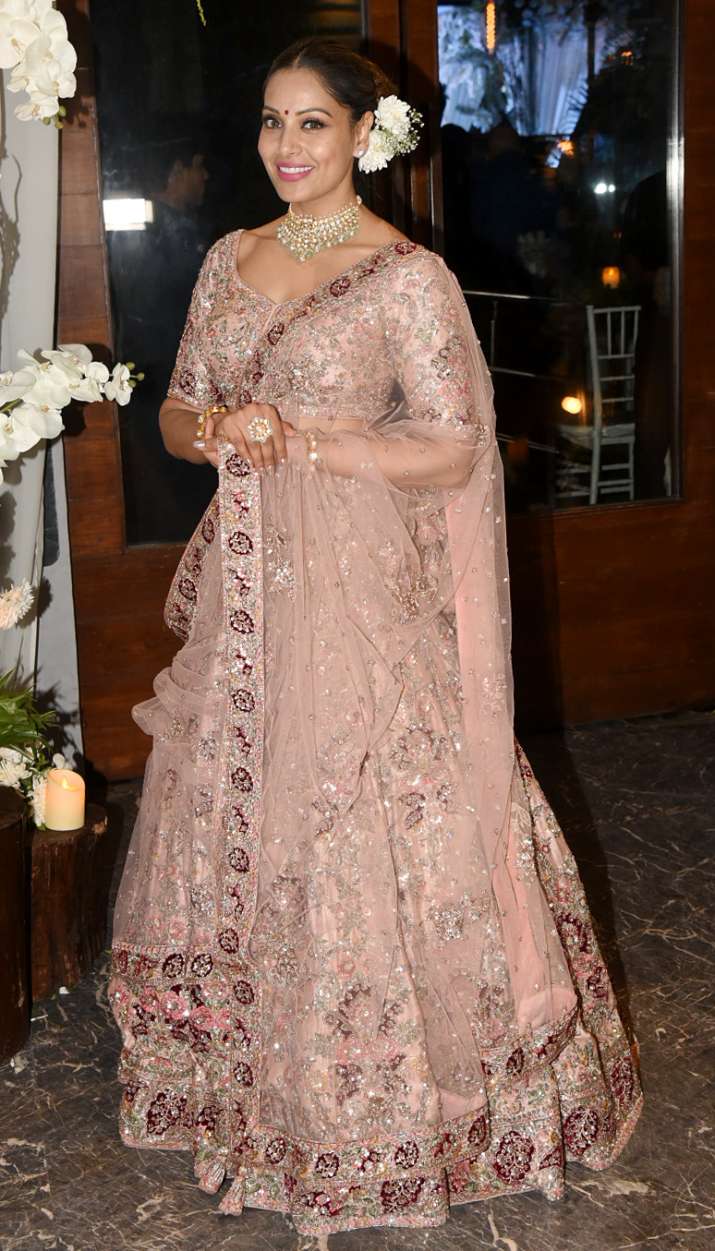 On the other hand, Bipasha Basu got married to Karan Singh Grover three years back in a very lavish wedding ceremony which was attended by many celebrities from the Bollywood film industry. 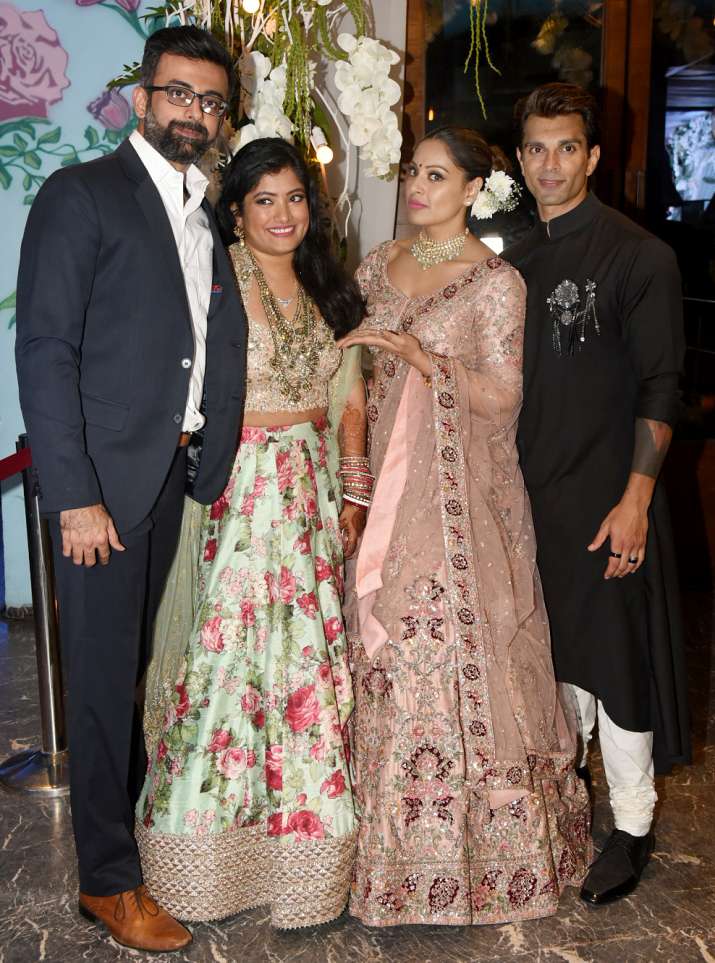 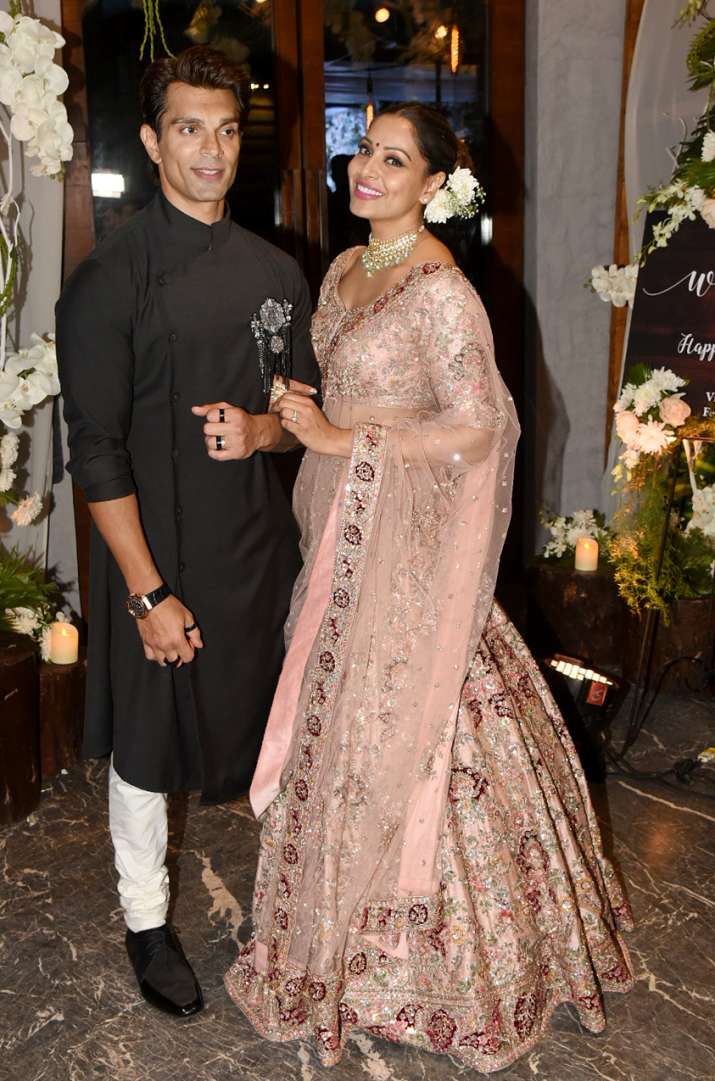 Meanwhile, Bipasha Basu recently said that she enjoys working with actor and husband Karan Singh Grover, and says he is a dream co-star.

"Karan is a dream co-star. He is a wonderful spontaneous actor and a live-wire on set. He can make any boring day exciting on set. He keeps the energy levels up for everyone and every unit member," Bipasha told IANS.

The actress will be making a comeback on the big screen after four years with Aadat, which also stars Karan. The pair was last seen together in "Alone", which released in 2015.