Manushi Chillar took to her Instagram to share a heartfelt post for former External Affairs Minister Sushma Swaraj on Wednesday. The BJP leader left everyone saddened after her sudden demise on Tuesday night.

After a number of Bollywood celebrities and TV stars, Miss World 2017 Manushi Chillar also took to her Instagram to share heartfelt respects to former External Affairs Minister Sushma Swaraj on Wednesday. The BJP leader left everyone saddened after her sudden demise on Tuesday night and the entire nation felt a void in their hearts. Manushi Chillar also remembered the great orator and leader by sharing a couple of pictures with her and by sharing her special moments of when she met her on Instagram.

Manushi Chillar took to Instagram to share two pictures with Sushma Swaraj. In one picture, Manushi is seen sharing a frame with the late BJP leader in her Miss World avatar and a crown on her head. In another picture, she can be seen having a discussion with Sushma Swaraj. In her heartfelt note, Manushi wrote, “Always looked up to you. You have always inspired me and I’m grateful to have had the opportunity to tell you this. Thank you for showing us the meaning of leadership Sushma Swarah Ma’am.” 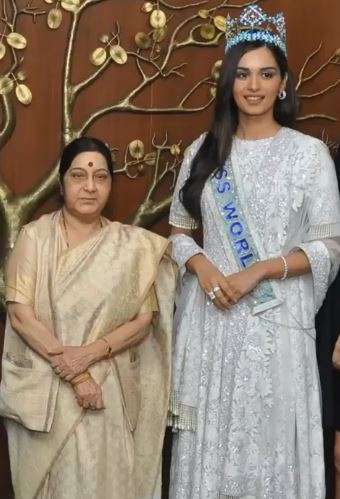 On another picture, Manushi wrote, “My biggest fan moment has been when you told me you were proud.” Check out the picture here- 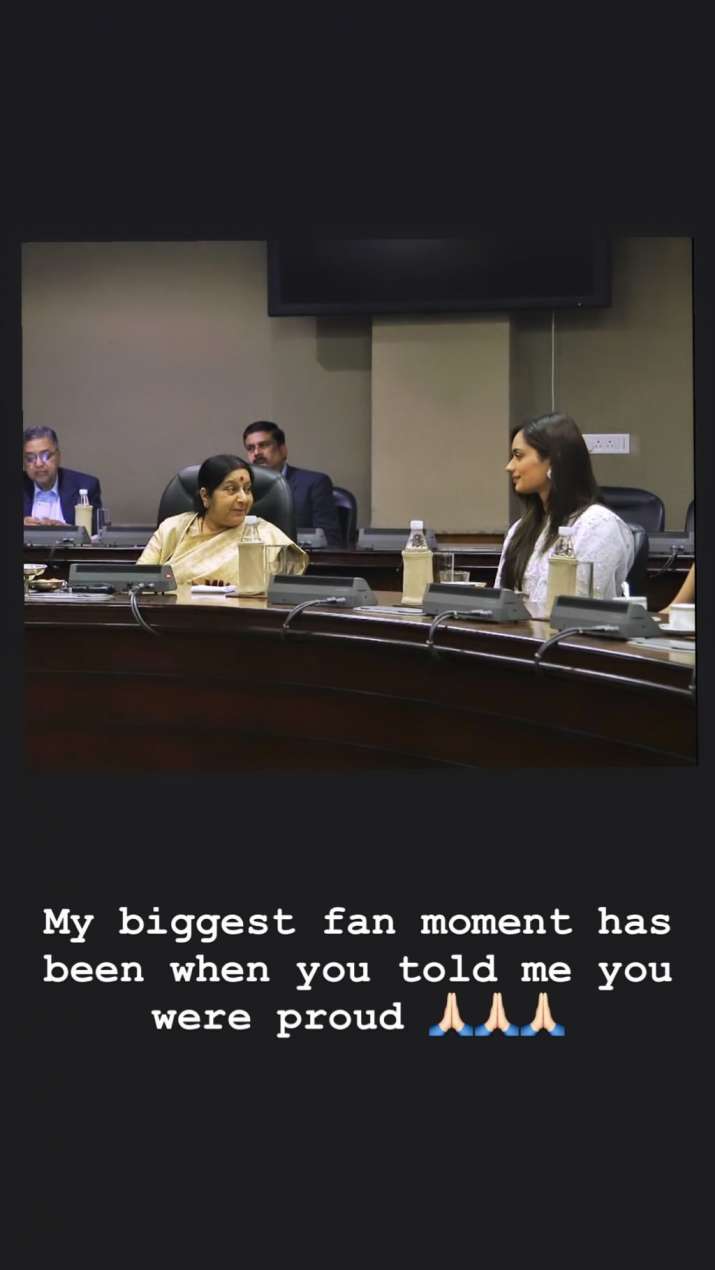 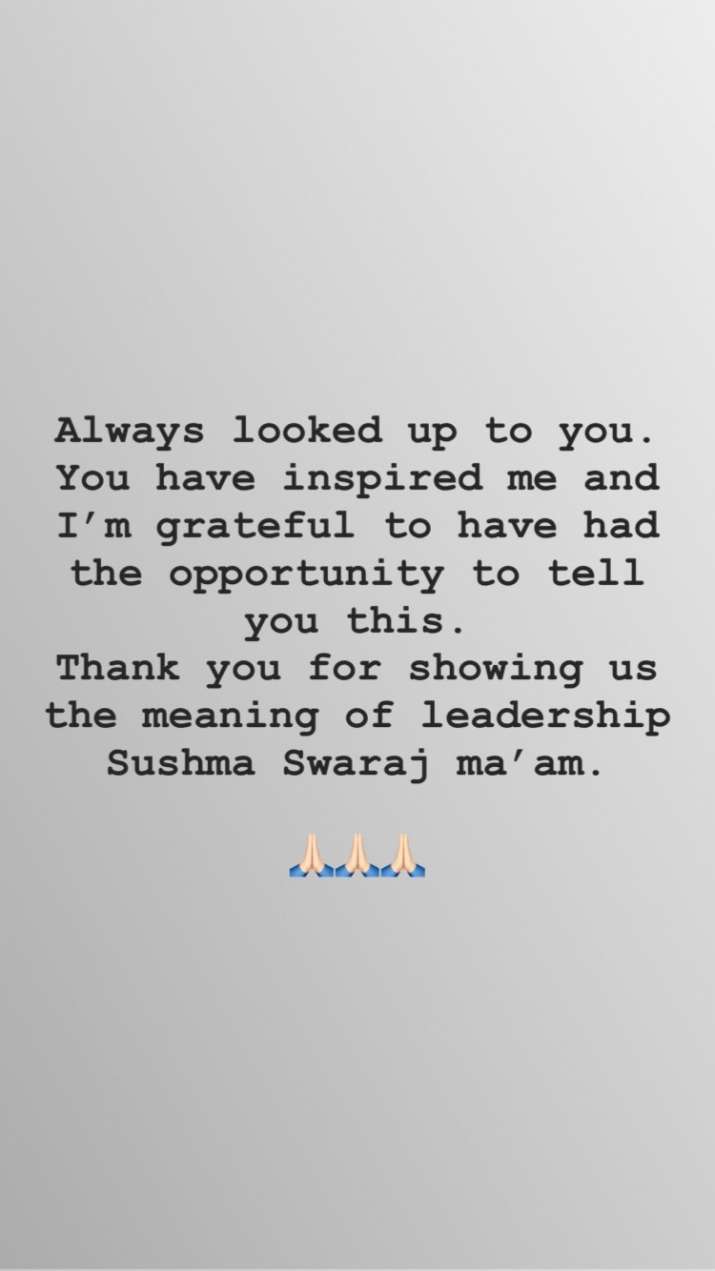 Manushi Chillar won Miss World at a grand event held in Sanya in China and became an overnight sensation. The beauty pageant winner was completing her MBBS when she got the chance to participate in Miss World beauty pageant and make India proud.  After becoming Miss World, Manushi associated herself with many social causes and worked for the betterment of eth society along with many great leaders. 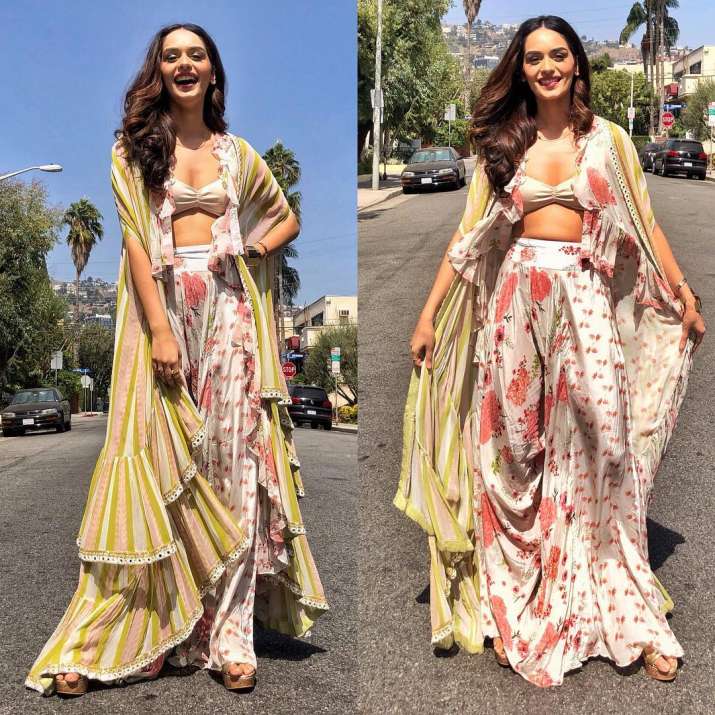 On the related note, it is also said that Manushi Chillar is all set to make her Bollywood debut with a Karan Johar film. It is said that she will star opposite Akshay Kumar in Prithviraj Chauhan biopic. An entertainment website reported earlier Manushi has been signed for the film and it is expected to go on floors by the later half of the year. The reports further suggest that Chandraprakash Dwivedi is directing the historical drama and YRF is producing it.