Karisma Kapoor celebrates her 44th birthday with Kareena, Sonam and Kapoor Khandan by her side. See pics and videos

Actress Karisma Kapoor was joined by the entire Kapoor family to celebrate her birthday in London. The pictures and videos will amuse you.

Karisma Kapoor rang into her 45th year with a grand celebration. While the actress and her girl gang including, Kareena Kapoor Khan, Sonam Kapoor Ahuja, Natasha Poonawala, Rhea Kapoor were already in London, the whole Kapoor Khandaan also arrived in the city to celebrate the day. From brother-in-law, Saif Ali Khan to Babita Kapoor, Randhir Kapoor and Karisma's kids Samiera and Kiaan Raj, all were present to mark the celebration.

The actress took to her social media account to share all the happy moments from the celebration with her fans. In the picture, Karisma is seen with her children and of course Taimur as they all watch the cake and wait for the birthday girl to blow away the candles. The lady shared the photo saying, “Picnic in the park!”

In another series of Instagram stories, Karisma shared all behind the scenes fun with the fans. In the pictures, while Kareena is seen photographed with the pack of donuts, Karisma is seen sharing the frame with father Randhir Kapoor. 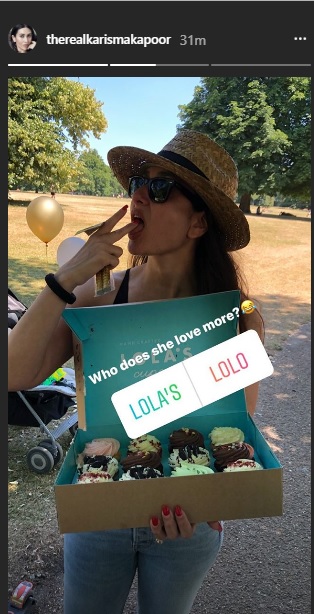 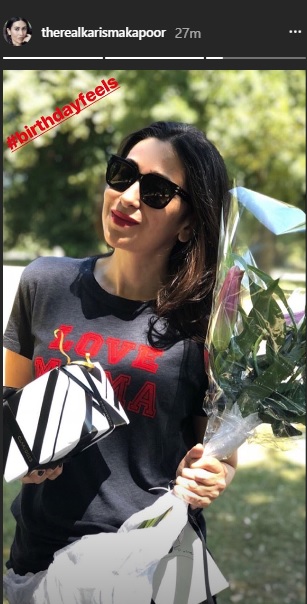 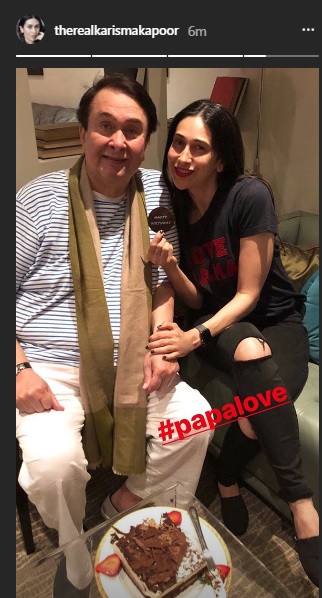 Earlier, the birthday girl’s hot friends, Sonam, Rhea, and Natasha Poonawala joined her in the celebrations along with Kareena and Saif as they stepped out for a Sunday brunch.