Kareena Kapoor Khan has begun working on her next project Good News with Akshay Kumar. The movie being shot extensively in Mumbai. In the film which will also have Diljit Dosanjh and Kiara Advani in important roles, require Kareena to play a pregnant woman. Good News is a comedy drama about a married couple who is trying to have a baby. On Wednesday, Bebo was seen in Mumbai sporting a fake baby bump for her role. The pictures are spreading like wildfire on the internet, with fans questioning if baby no. 2 is on its way for the couple.

In the pictures, Kareena Kapoor Khan is wearing a grey t-shirt and joggers. She has layered her outfit with a black and white calf-length cape. She has tied her hair into a neat ponytail. 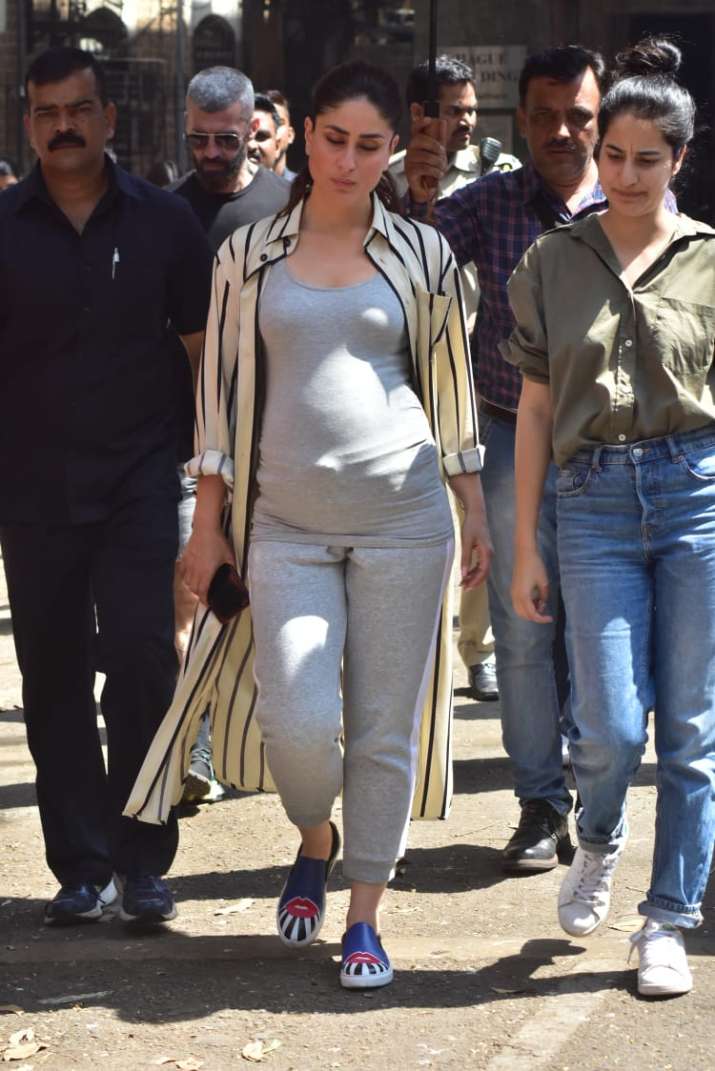 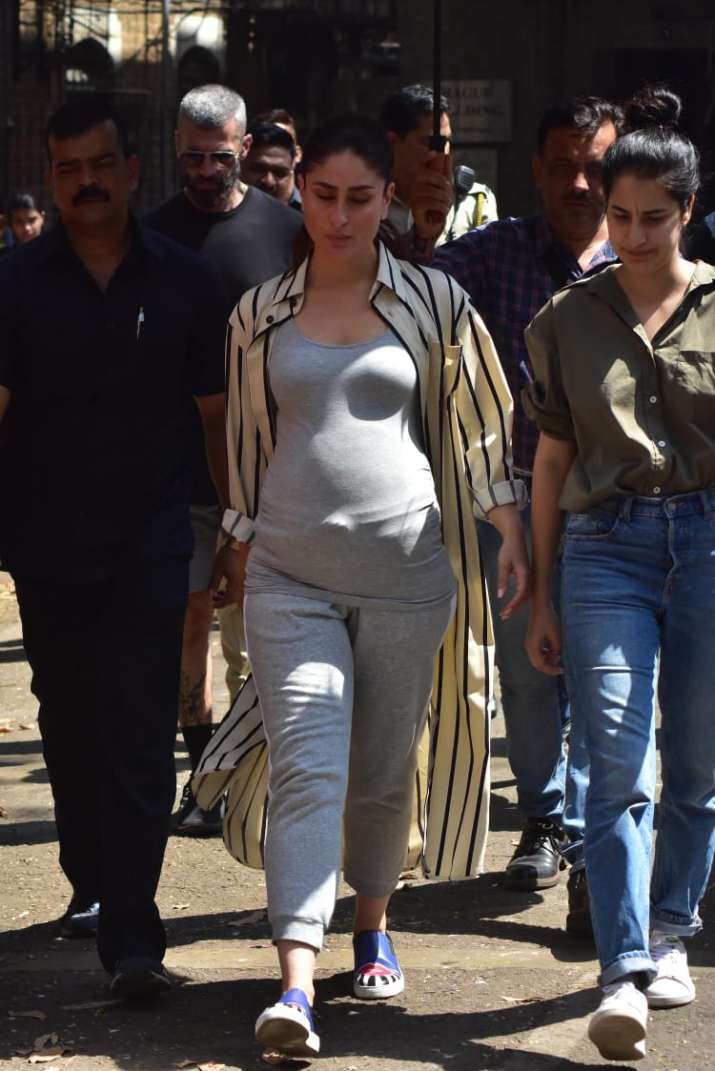 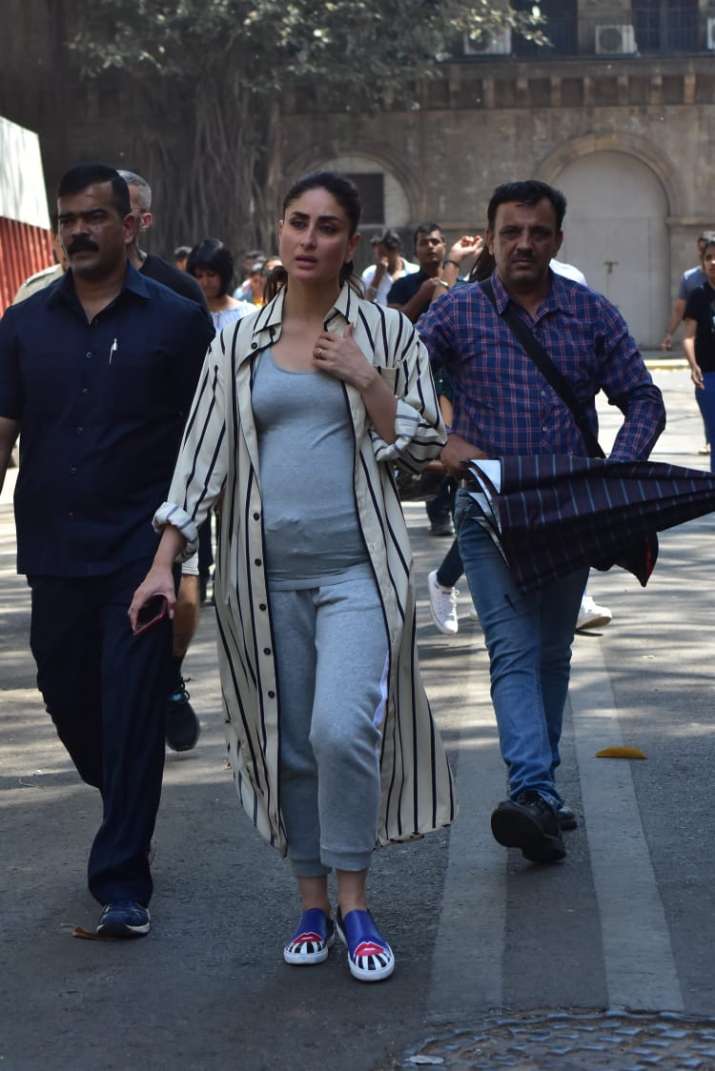 Kareena Kapoor Khan will start shooting for Takht in September this year. While talking to PTI, she spilled beans on her character in the film. She said, “It's a different film because I've not really done a period film like this. There will be a certain amount of dialect preparation, look tests that will happen. I'm also working with Karan after a very long time so I'm very excited.”

She added, “Hopefully it'll be a part which will be remembered because it's socially relevant. It's a strong character. The best part is it'll be completely different than what I did in 'Kabhi Khushi Kabhie Gham' as Poo.”