Saif Ali Khan and Kareena Kapoor Khan hoisted tricolor outside their residence with their kid Taimur.

Kareena Kapoor Khan and her husband Saif Ali Khan celebrated the 70th Republic Day of India with their little munchkin Taimur. The toddler with his parents, hosted a tricolor in Mumbai in the presence of few of couple’s friends. The family wore traditional outfits for the occasion. They were clicked together by the paparazzi. Kareena Kapoor Khan wore a peacock green Anarkali suit while Saif Ali Khan wore navy blue kurta pyajama. Taimur, as usual, sat on his dad’s shoulders with tricolor in his hands. 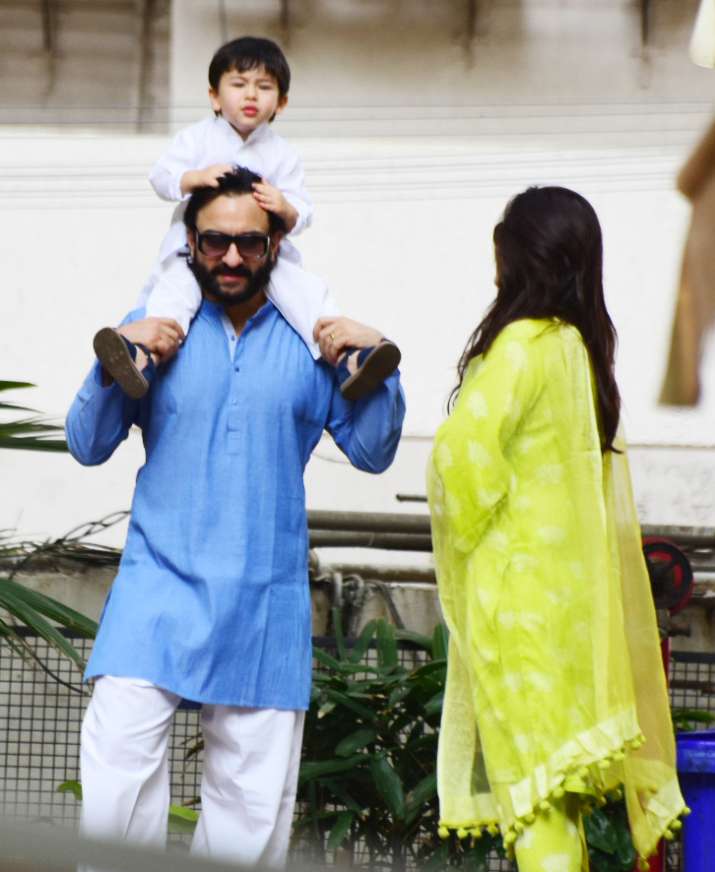 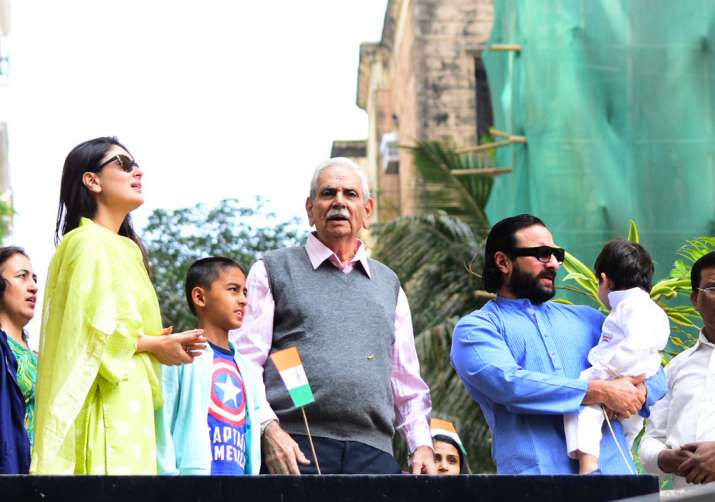 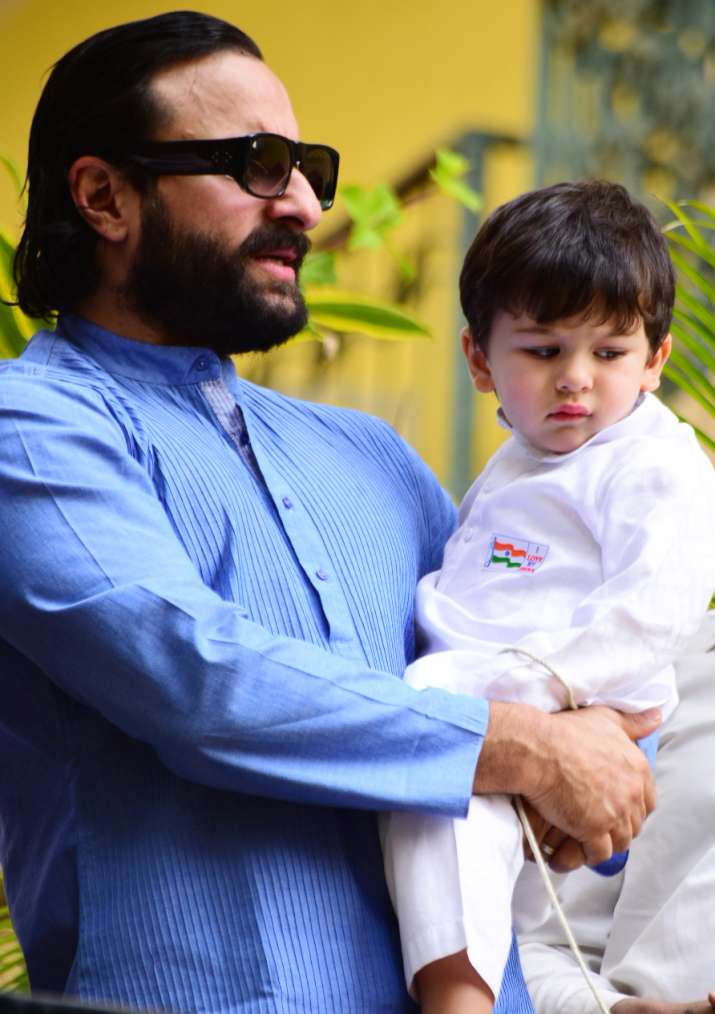 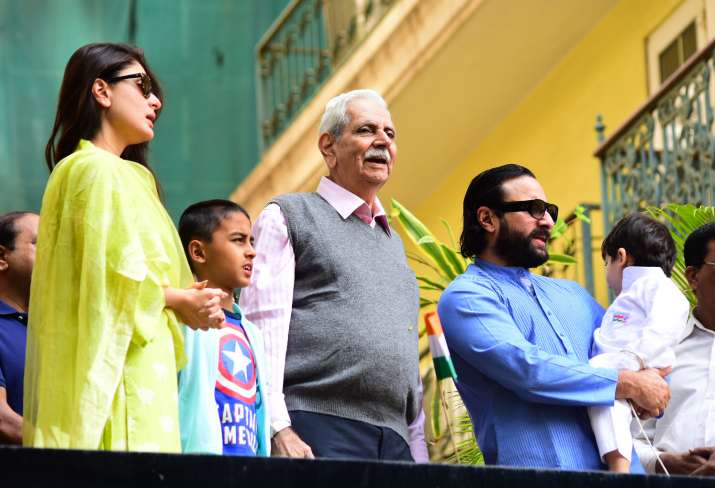 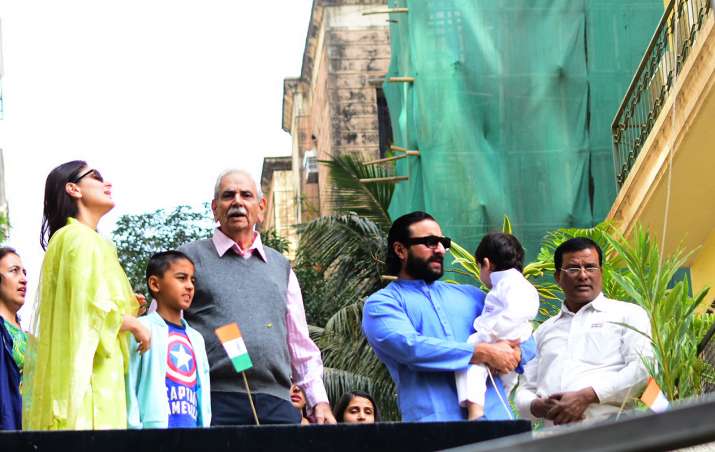 Taimur Ali Khan is one of the most popular star kids in Bollywood. In fact, when Ranveer Singh was asked on Koffee With Karan about which Khan he would like to work with, he unabashedly took Taimur Ali Khan’s name. He even said that he would love to do Taimur’s dad’s role in case he grows up to become an actor.