Janhvi Kapoor’s latest picture in saree will remind you of her mother Sridevi, check out

Janhvi Kapoor looked so similar to her mother Sridevi in her latest picture that fans couldn’t help but flood her post with compliments.

Janhvi Kapoor is undoubtedly a replica of her mother and late Bollywood actress Sridevi. The actress manages to break the internet every time she shares a picture on her social media. This time again, Janhvi Kapoor shared a gorgeous picture of herself on her Instagram accounbt and left her fans comparing her to her mother yet again. Janhvi shared a picture on social media wearing a beautiful peach colored saree adorned with floral print. The actress looked like a dream come true in the photo and captioned it saying, “Peaches and cream.” Check out the picture here- 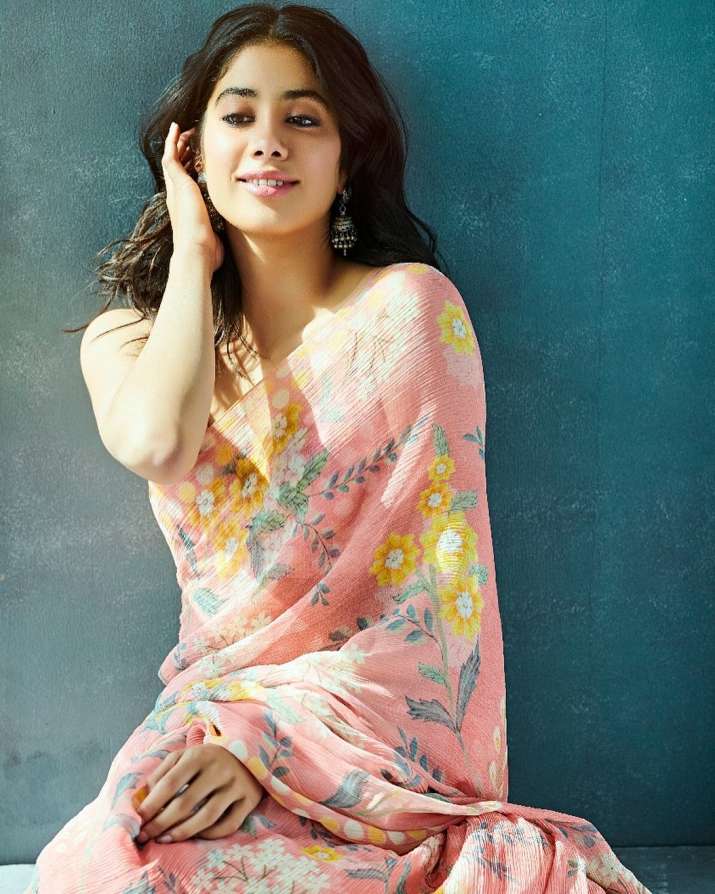 Janhvi Kapoor looked so similar to her mother Sridevi in her latest picture that fans couldn’t help but flood her post with compliments. Even Bollywood celebs like Priyanka Chopra and others also left a comment praising the actress on the post. There is no denying that Bollywood legend Sridevi made sarees a viral trend among the fans and she looked beautiful every time she stepped out in one. Looks like daughter Sridevi is taking the trend forward with utmost grace. 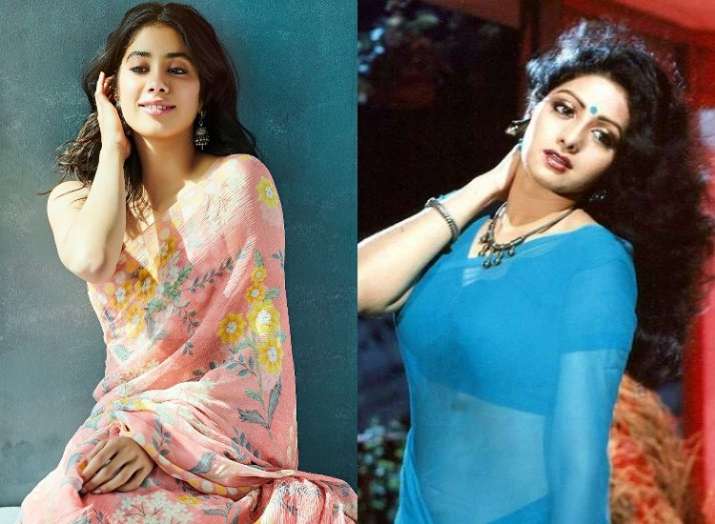 Janhvi Kapoor and her sister Khushi Kapoor are often seen wearing their late mother’s clothes in public. Janhvi has always maintained that she was very close to her mother and dependent on her for everything. While her absence has left a void in the family’s life, they treasure her precious memories. On the other hand, Janhvi Kapoor was recently in the lap of the mountains along with a bunch of friends and sister Khushi Kapoor. She flooded her Instagram with a number of pictures and videos of her mini vacation with her girlfriends. Check out-

On the work front, Janhvi Kapoor made her debut with Dharma Productions’ Dhadak also starring Ishaan Khatter. She will be next seen in Gunjan Saxena biopic, Roohiafza opposite Rajkummar Rao and Dostana 2 alongside Kartik Aaryan and a ‘suitable boy’.

WATCH: Janhvi Kapoor is perfect 10 as she flaunts her toned midriff in belly dance video

Kartik Aaryan and Janhvi Kapoor will play siblings in Dostana 2?

RoohiAfza: These leaked pictures of Janhvi Kapoor in deglam avatar goes viral, check them out