Shahid Kapoor and Mira Rajput are the doting parents to two adorable kids; Misha and Zain. The young mother keeps herself busy with her kids, the proof of which we often get to see on the social media. Recently, she shared the pictures on Instagram from her daughter Misha’s playdate with Abhishek Kapoor and Pragya Yadav’s daughter Isana Kapoor. The pictures have now gone viral on the internet. Check out the pictures here. 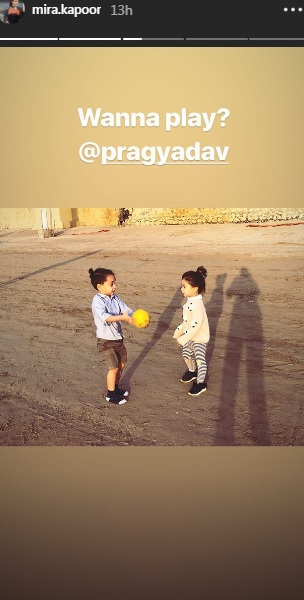 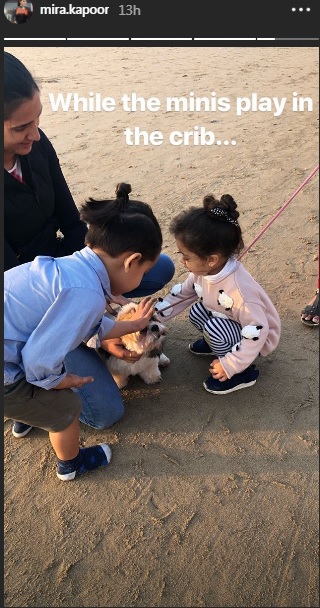 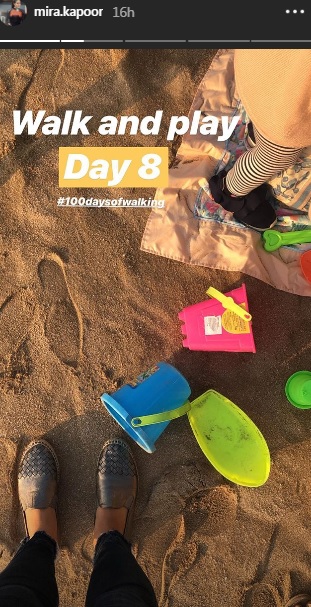 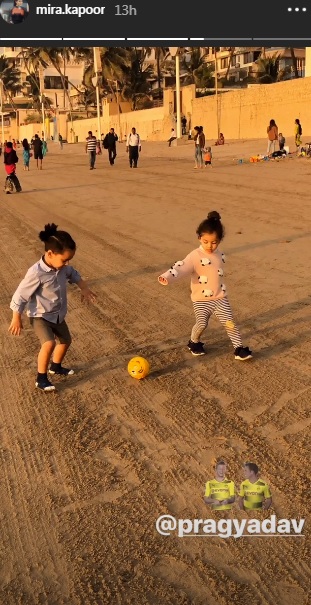 Shahid Kapoor and Mira Rajput welcomed their second child Zain in September last year. The couple is currently busy nursing their munchkins and are hardly seen at Bollywood’s social gatherings. When questioned about his social life on Koffee With Karan 6, Shahid Kapoor revealed that he’s happy being a doting parents to his kids and he loves spending time with them.

Shahid Kapoor is currently shooting for Kabir Khan which is the Hindi remake of popular South Indian film Arjun Reddy starring Vijay Devarakonda. The film also stars Kiara Advani in the female lead. Recently, they spotted shooting for an intense scene for the film on the sets.

Shahid was last seen in Batti Gul Meter Chalu which didn’t perform well at the box office. The film also had Shraddha Kapoor and Divyendu Sharma in the lead roles. It released in September last year.