Proud daughter Riddhima Kapoor shared a lovely picture on her Instagram with a caption that read, "Happy Father’s Day to my real life Hero! Love you so much #mydaddystrongest".

Actor Rishi Kapoor, who is currently undergoing treatment for cancer in New York, is a proud father. The Mulk actor celebrated Father's Day 2019 with his daughter Riddhima Kapoor, granddaughter Samara and wife Neetu Kapoor in the city recently. The Father's Day celebration pictures are out, which will definitely make you go aww all the way.

Proud daughter Riddhima Kapoor shared a lovely picture on her Instagram with a caption that read, "Happy Father’s Day to my real life Hero! Love you so much #mydaddystrongest".

Furthermore, she also shared some lovely clicks on her Instagram story. 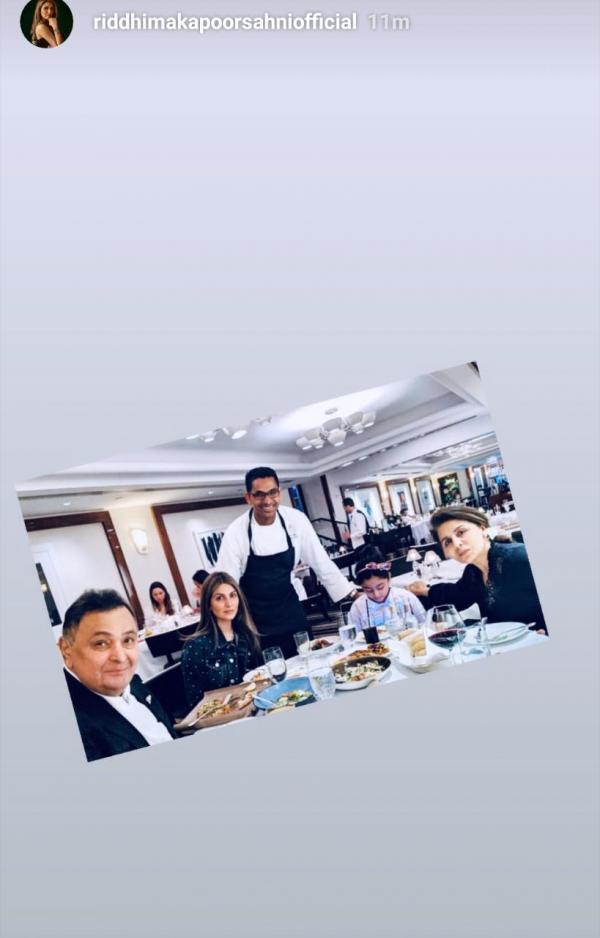 In another post, RishI Kapoor can be seen sharing a lovely selfie with wife Neetu Kapoor. 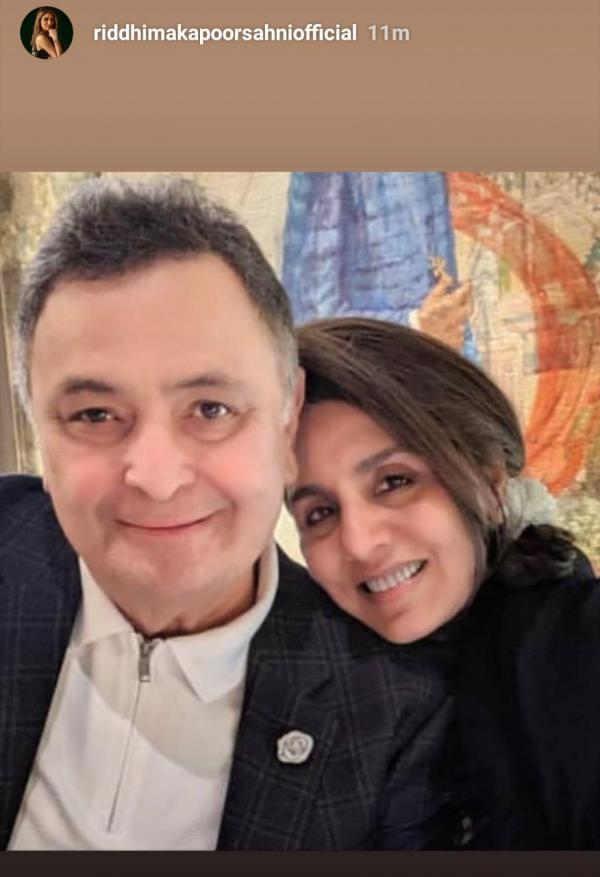 Meanhwhile, Rishi Kapoor will reportedly celebrate his 67th birthday in India. According to Mumbai Mirror report, Rishi Kapoor, will return to India in August, just a month before his birthday (his birthday is on September 4). The 66-year-old actor wishes to celebrate his birthday in Mumbai along with family and he told Mumbai Mirror: "Yes, I am trying to return by August-end, depending on what the doctors at the hospital say. I have recovered well and I am feeling good. Must be 100% fit by the time I am back."

A source close to the Mulk actor told Mumbai Mirror that that Mr Kapoor is "100 % cancer free" and is under the doctors' observation as of now. The source also stated that the actor is a huge cricket fan and keeps himself updated with the details of all the matches of the ongoing cricket World Cup. "He is 100% cancer-free, and under the doctors' observation for the time being. He is staying at a private apartment and enjoying life in the Big Apple. Being a cricket buff, he is also following the on-going cricket World Cup in England and keeps discussing the results of the matches with his friends in India," Mumbai Mirror quoted the source as saying.

During his stay in the Big Apple, Rishi Kapoor was visited by several Bollywood stars, including Shah Rukh Khan, Deepika Padukone, Vicky Kaushal among others. Members of the family also dropped by to meet the Kapoors, snippets from which have been shared by Neetu Kapoor on her Instagram profile.