Sushant Singh Rajput is excited as his latest film Sonchiriya has hit the theatres on March 1. The actor is seen in a fresh avatar in the flick which revolves around the downfall of rebels in ravines of Chambal. Co-starring Bhumi Pednekar, Manoj Bajpayee, Ashutosh Rana and Ranvir Shorey, Sonchiriya directed by Abhishek Chaubey skims across the sub-plots of patriarchy and casteism.

As his film releases on the silver screen today, the actor was papped enjoying a scooty ride on the streets of Mumbai. Sushant, dressed in all comfy and casual attire was all smiles as shutterbugs captured him in their cameras. Check out the pictures below: 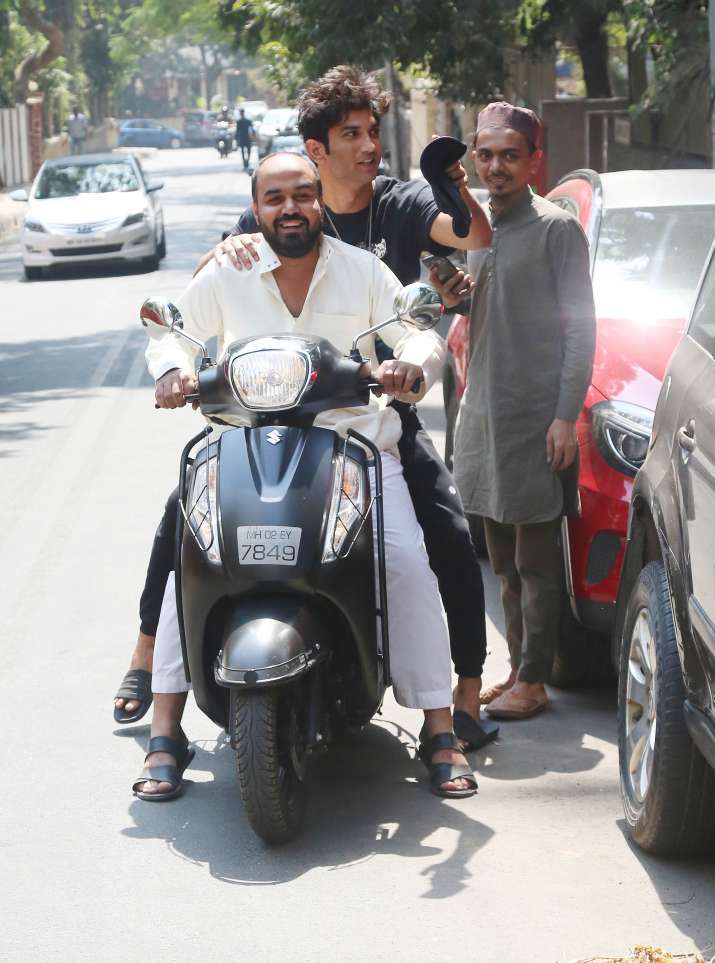 The actor also interacted with his fans outside a PVR in Juhu. He posed with them and also clicked selfies. He must have won many hearts with his adorable gesture. 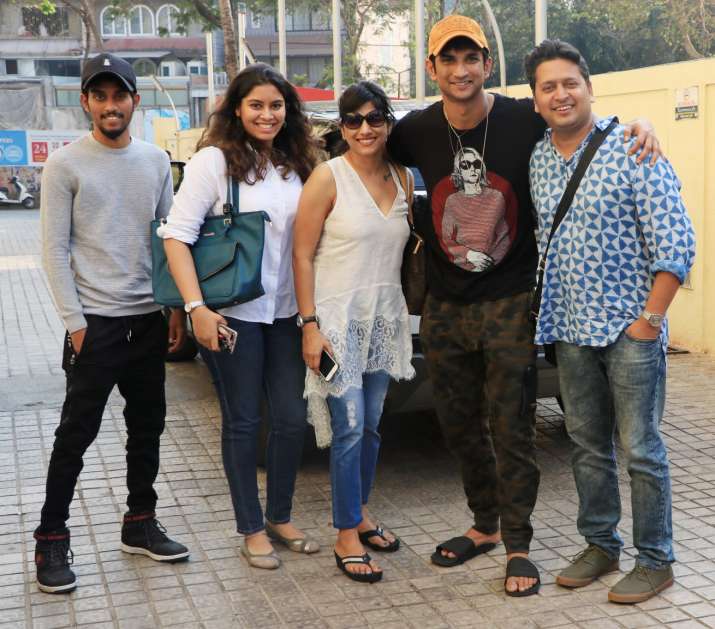 A day before, Sushant shared a video of his nephew and it is too cute for words. In the clip, the little boy can be seen addressing the actor as mamu, whom he is waiting to meet. We can also hear voice of Sushant's sister in the background. Sonchiriya actor took to Instagram to share this video along with that caption,''Isn’t this crunchy little kiddo really cute? He is my little nephew #Nirvanh saying hi to his mamu (that’s me) this morning and I can’t stop smiling. Thank you my lovely sister @shwetasinghkirti for this priceless video.:) Ps. Nirvana I’m gonna get your monster truck now. P(ps) :) i don’t understand what he says last? Any help please.”

On a related note, Sonchiriya has released along with Kriti Sanon's Luka Chuppi. Kriti and Sushant were rumoured to be dating each other during the shooting of Dinesh Vijan's Raabta. When asked about the box office clash, SSR said, ''Clash? There is no clash. It's not like in one theatre we'll have both the films playing on two walls."