Sonam Kapoor and Anand Ahuja were present at a brand launch event in Mumbai last night.

Sonam Kapoor and Anand Ahuja are one of the most loved couples of Bollywood. Anand may not have been a part of the industry, but his humble character and goofy ways of getting clicked by the paps certainly get a lot of attention on the social media. Recently, the couple attended a brand launch event in Mumbai together. At the event, Sonam Kapoor wanted to try a pair of shoes for herself. Her husband Anand Ahuja took no time to bend down on his knees and tie the laces for his lovely wife. The moment was captured right on time by the shutterbugs and now the pictures are going viral on the internet. 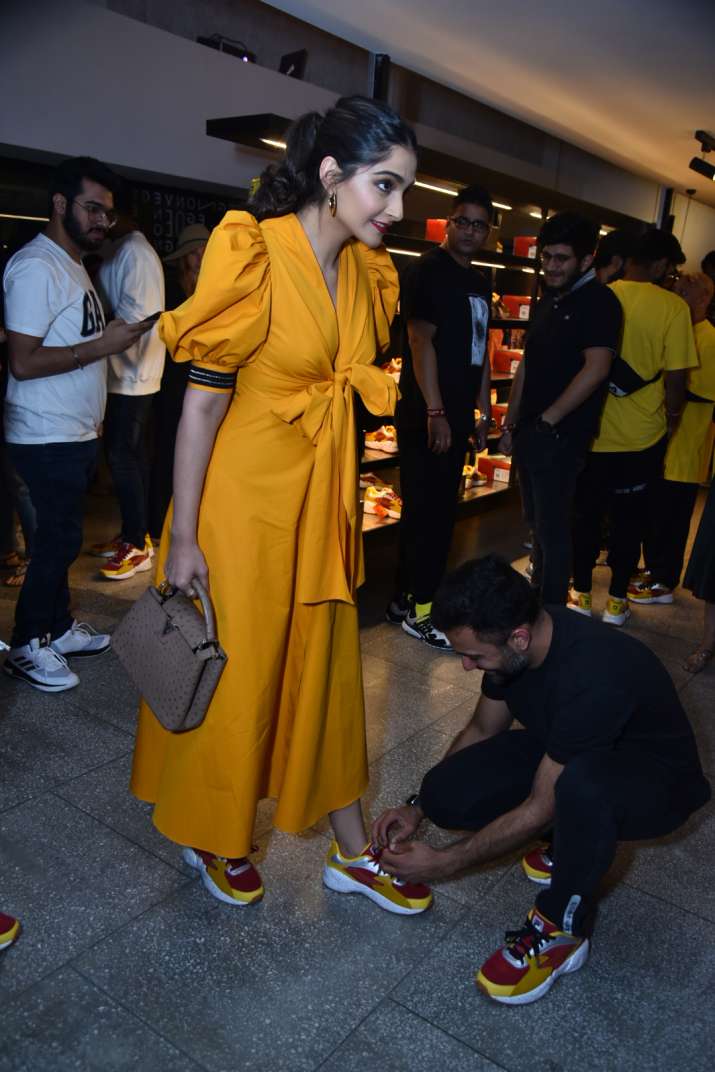 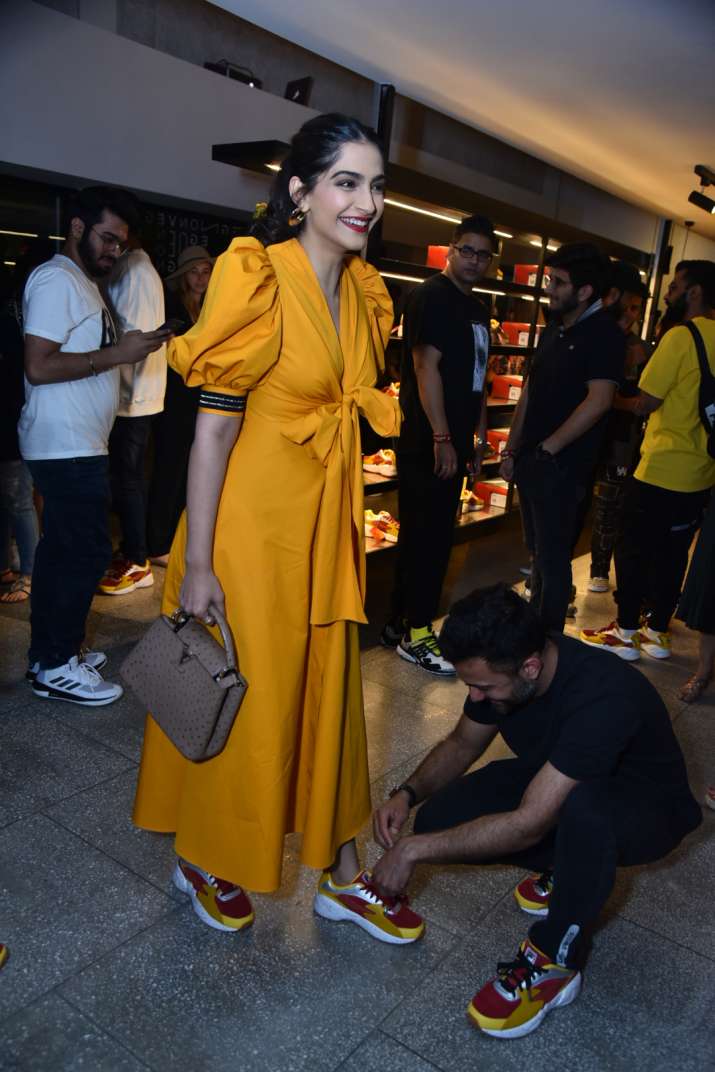 The picture in which Anand Ahuja is tying Sonam's laces is getting mostly positive reactions from the fans. Many are praising Sonam for picking the right life partner for herself. Most of them are lauding Anand Ahuja for being such a sweetheart towards his wife. 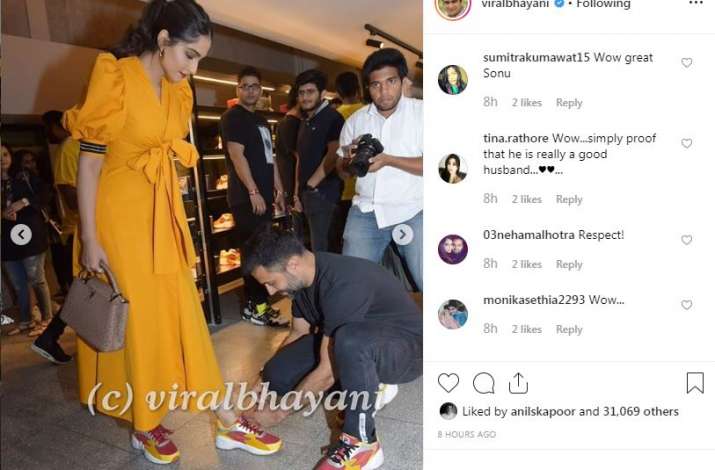 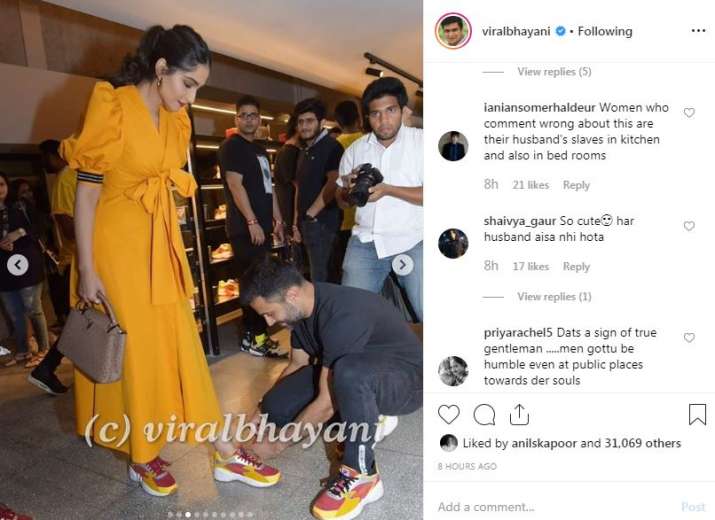 This is not the first time that Anand Ahuja won hearts with his small gestures towards Sonam Kapoor. At the airport, he's often seen making silly faces at the cameras while his gorgeous wife is clicked by the paparazzi. 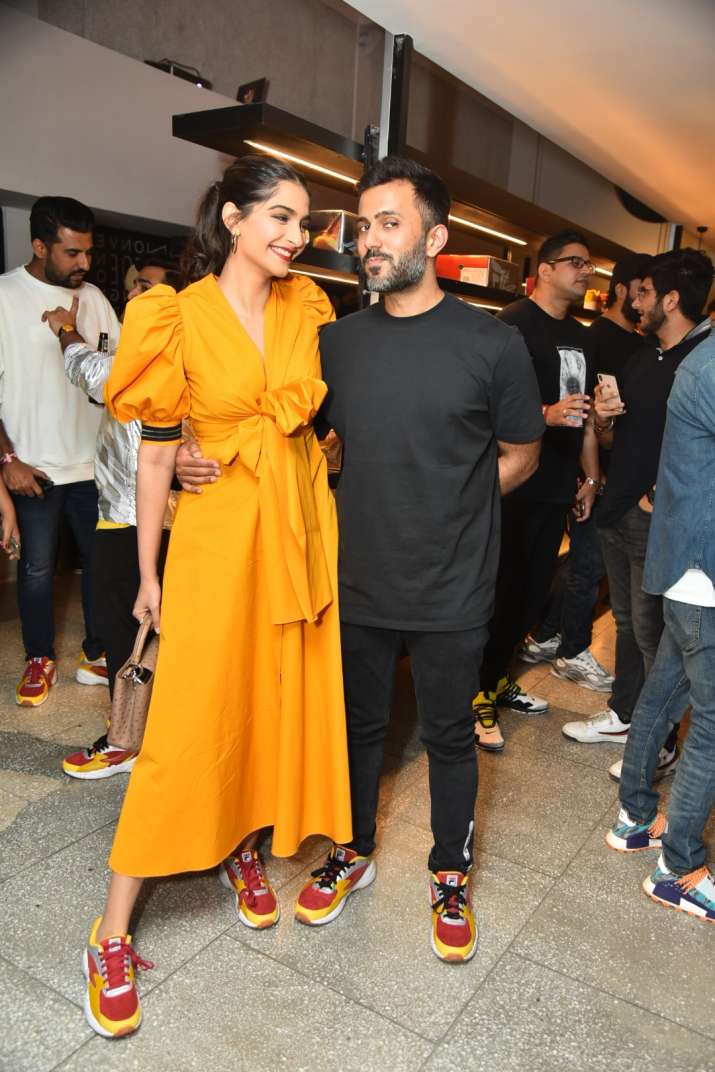 Sonam Kapoor and Anand Ahuja married in May last year in a grand wedding ceremony. The wedding reception which was attended by who's who of Bollywood including Shah Rukh Khan, Salman Khan, Ranveer Singh, Kareena Kapoor Khan, Alia Bhatt and Ranbir Kapoor.