Anand Ahuja is missing wife Sonam Kapoor these days who is busy with her upcoming project The Zoya Factor.

Actress Sonam Kapoor Ahuja and husband Anand Ahuja, after their big fat wedding in 2018 have been giving us couple goals. Sonam who was last seen in film Ek Ladki Ko Dekha Toh Aisa Laga is now gearing up for her next project titled as The Zoya Factor, co-starring Dulquer Salmaan. Well, the actress has been quite busy and away from her husband who is terribly missing her. His latest pictures suggest the same but also shows how he manages to deal with the situation.

A few days back it was Sonam who shared a series of pictures on her Instagram story from their previous vacation and wrote, "I miss you so much, nothing is worth being away from you." Have a look: 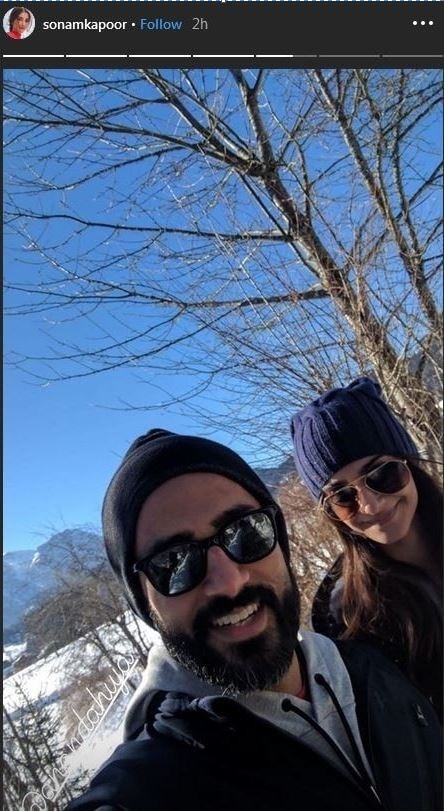 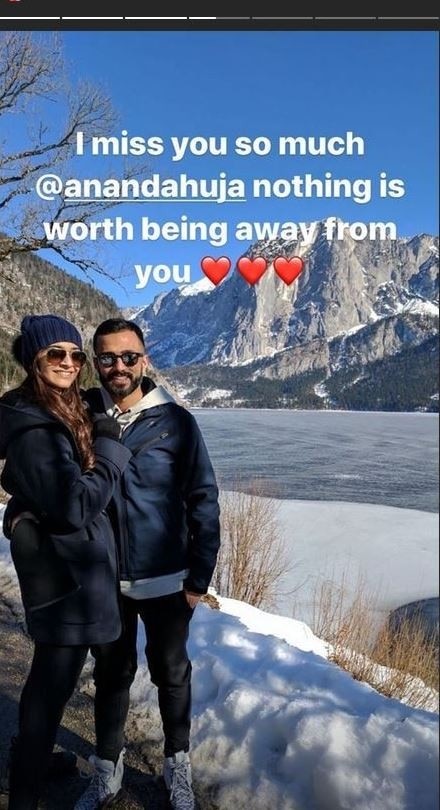 And now Anand who is missing his ladylove has found a solution to the problem as he has posted pictures where he is seen watching Sonam’s 2010 romantic comedy, I Hate Luv Storys on his tablet kept in front of him. The businessman over her stern face look wrote, “@sonamkapoor missing you! good thing is, when I do, I can watch you. PS that look is VERY real!!” 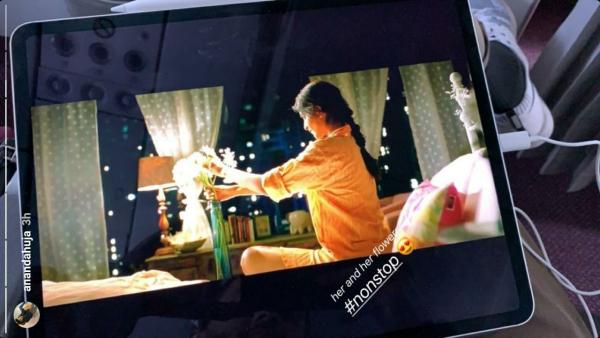 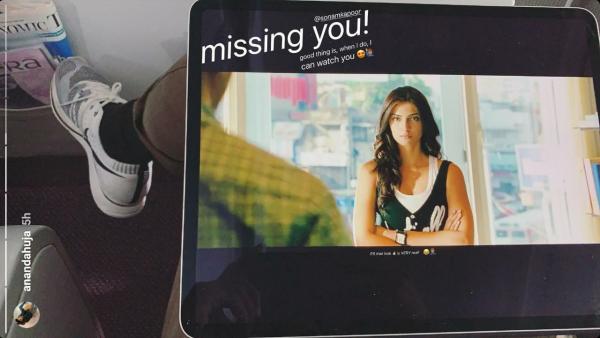 Talking about Sonam's upcoming film, it is based on Anuja Chauhan's novel and will release in the month of September. The trailer will roll out on August 29 and the news was tweeted by Sonam who wrote, "The lucky charm of India just got luckier! There will be no fault in our stars on 29th August. Get ready to meet the lady luck herself! #TheZoyaFactor. Trailer out on Thursday."