Ayushmann Khurrana and Vicky Kaushal took to their social media to share their happiness on receiving hand-written note and bouquet of flowers from Bollywood superstar Amitabh Bachchan and his wife Jaya Bachchan.

Bollywood megastar Amitabh Bachchan definitely knows how to appreciate talent make the other actors feel special about their work and passion. The superstar has always made sure that he wishes all the other actors for their achievements in his unique and heartfelt way. This time it was Bollywood actors Ayushmann Khurrana and Vicky Kaushal’s turn to receive surprise note from Big B for their National Film Awards win. The two young actors were on cloud nine when superstar Amitabh Bachchan surprised them with his sweetest gesture and shared their happiness with the world.

Ayushmann Khurrana and Vicky Kaushal took to their social media to share their happiness on receiving hand-written note and bouquet of flowers from Bollywood superstar Amitabh Bachchan and his wife Jaya Bachchan. In his note, Big B praised the two actors for their work and wished them more success in the future. Soon after Ayushmann received the note, he took to his Twitter and shared the pictures with his fans. He wrote,  “इस सदी के महानायक से जबआपको राष्ट्रीय पुरस्कार मिलने की उपलब्धि पर प्रशंसा मिलती है तो वह राष्ट्रीयपुरस्कार से कम नहीं होती है।धन्यवाद अमिताभ sir, जया maam” 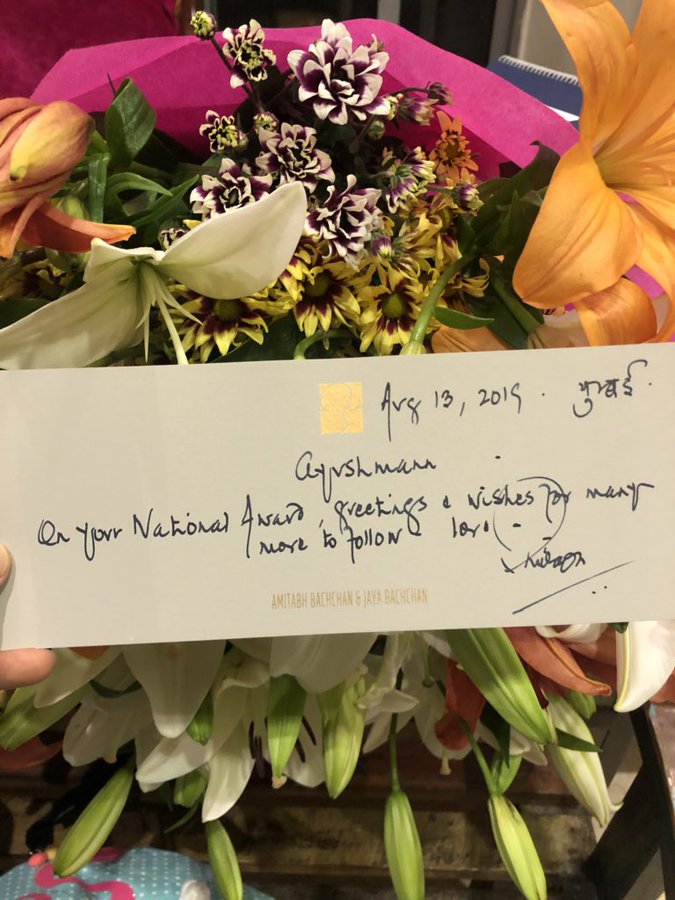 On the other hand, Vicky Kaushal also took to his Instagram to share his happiness about receiving greetings from all corners. He shared a picture of the hand-written note sent by Amitabh Bachchan and thanked them for their sweetest gesture. He wrote, “THIS MEANS THE WORLD TO ME! THANK YOU BACHCHAN SIR AND JAYA MA’M”. He also shared a picture of the note he received from legendary singer Gurdas Maan and his wife Manjeet Maan and thanked them for the wishes. Check out. 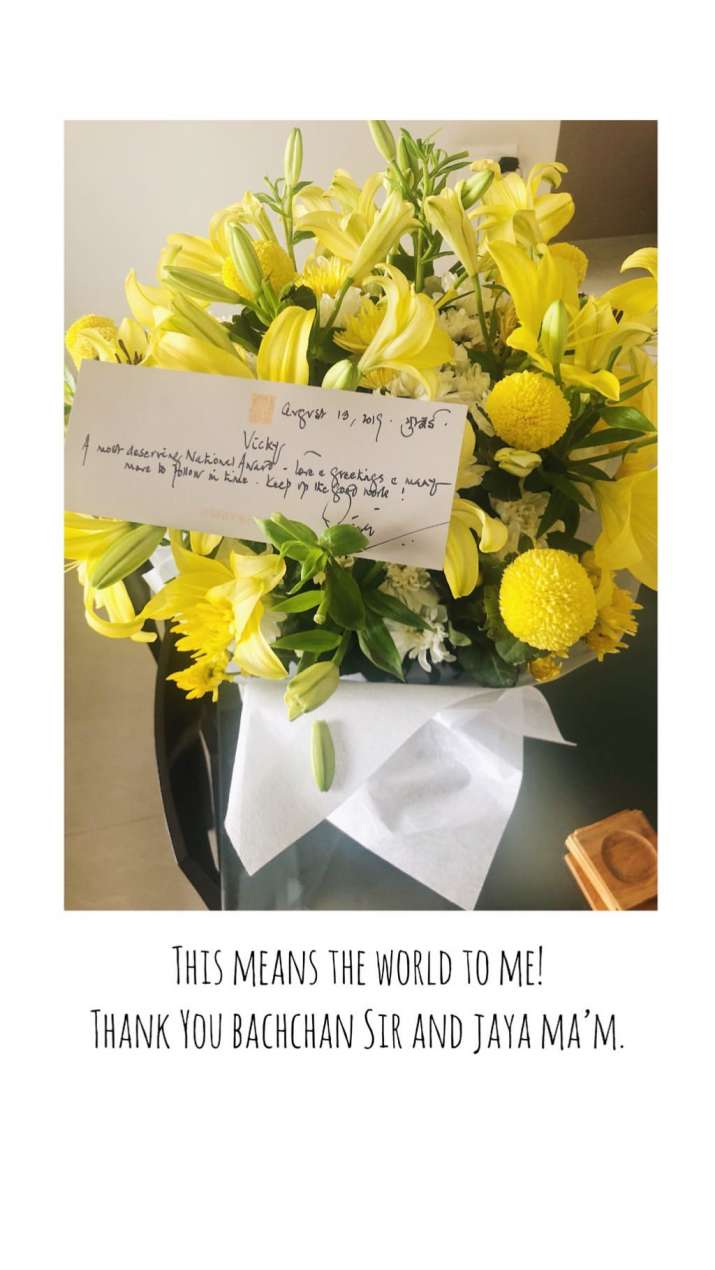 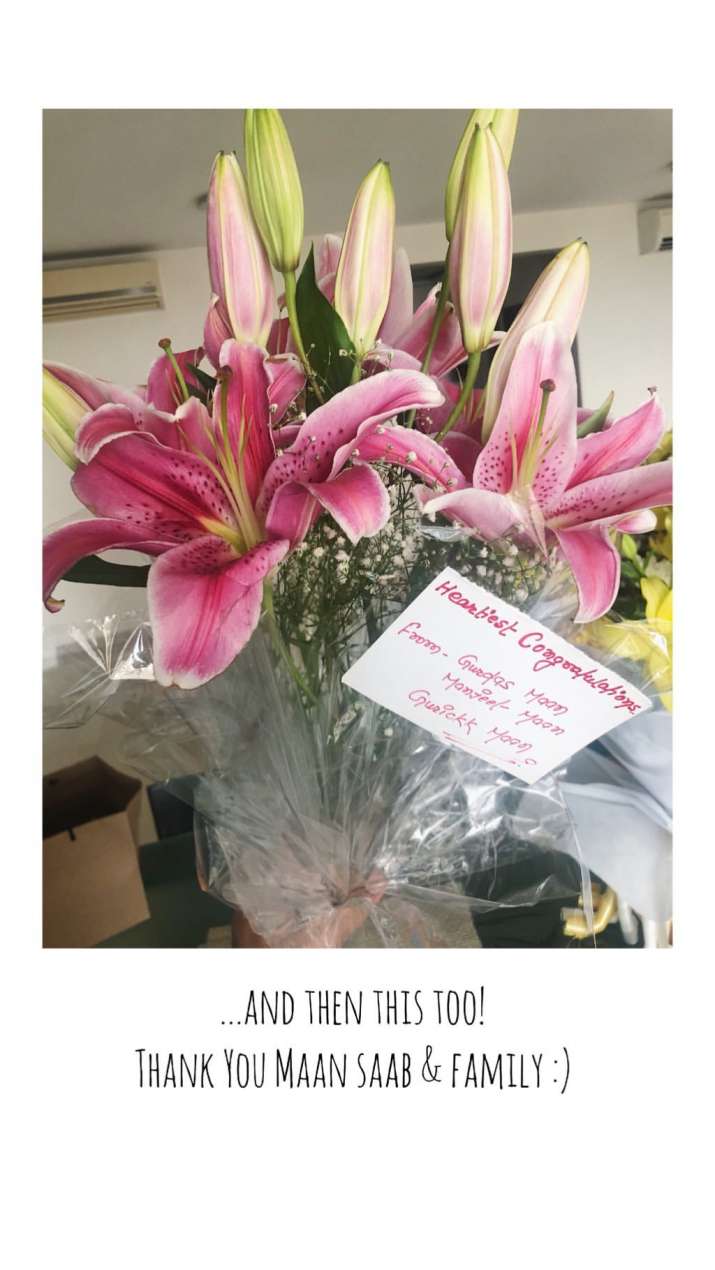 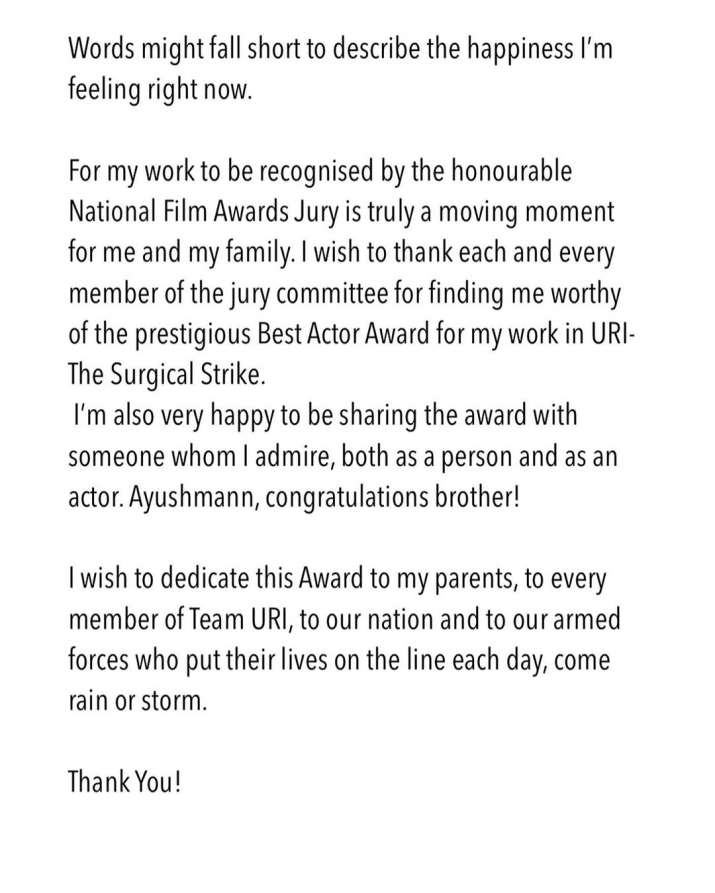 On the related note, Ayushmann Khurrana has won the National Film Award for his spectacular performance in the film Andhadhun. The actor played the role of a blind pianist in the film loaded with twists and turns. On the other hand, Vicky Kaushal bagged the National Film Awards for his power-packed performance in the film Uri- The Surgical Strike. While the awards winners have been announced on August 9, the ceremony will soon take place in New Delhi soon.