Earlier in this year, we came to know that Sridevi rejected the role of Sivagami Devi in Baahubali franchise.

One person's loss is another one's gain and this fact is more recognised in Bollywood. An actor often rejects a movie because of date issues or dislike for the character and when the rejected movie turns out to be a blockbuster, he/she can't do anything except regretting. Few years back, the barter was not known to audience but gradually with the popularity of social media it has become easy to find out such stuff. Earlier in this year, we came to know that Sridevi rejected the role of Sivagami Devi in Baahubali franchise and it made a lot of buzz. Here's a compilation of such blockbuster movies that were turned down by Bollywood stars

If possible you would have seen Aamir and Aishwarya in this hit movie. Dharmesh Darshan was keen on casting the beauty in Raja Hindustani, however, Aishwarya chose to participate in the Miss World Contest and won the title. We've to say that she made the correct choice. Just for the knowledge, Aishwarya had four films in her kitty before participating in the beauty contest.

Kareena Kapoor Khan- Hum Dil De Chuke Sanam
The Sanjay Leela Bhansali movie which established Aishwarya as one of the most promising actresses of Bollywood was rejected by Kareena. Besides this, there are multiple hit movies that have been turned down by the stylish diva.

Katrina Kaif-Chennai Express
Katrina was the first choice of Rohit Shetty for the movie. You had SRK opposite you! How could you do this Kat?

Hrithik Roshan-Swades
Hrithik rejected Ashutosh Gowariker's Swades. Later he went on to say that he could have never portrayed the role of Mohan as SRK did and we couldn't agree more. 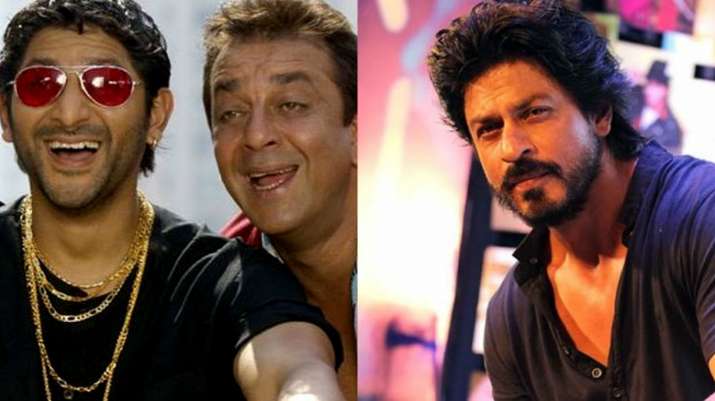 Shah Rukh Khan- Munna Bhai M.B.B.S
Isn't is tough to imagine someone else other than Sanjay Dutt in the character of Munna? Well, makers wanted to cast SRK as Munna and Sanju as Circuit. Thank God! it didn't happen.

Kangana Ranaut- The Dirty Picture
Well, Kangana was a good choice to essay the role of Silk Smitha but unfortunately she turned down the offer citing ''over exposure''. The film then landed In Vidya Balan's kitty and she did an incredible job.

Akshay Kumar- Bhaag Milkha Bhaag
Akshay Kumar rejected the movie which went on to be a box office success. Though, Farhan Akhtar was phenomenal but we couldn't understand how can Akki do this.

Shah Rukh Khan- Lagaan
This epic movie of Indian cinema was rejected by SRK but we aren't complaining. Aamir was intriguing as Bhuvan and we loved him.

Salman Khan- Chak De India
Salman was the first choice to play the hockey coach of women team. Due to some reason, he rejected it and the role was given to SRK. It is one of the best movies of Shah Rukh.