Aishwarya can be seen sitting on a throne donning a golden saree with her husband Abhishek complimenting her perfectly.

Aishwarya Rai Bachchan and husband Abhishek Bachchan have made it to the headlines yet again and for all the right reasons. After their wedding pictures going viral on the internet, the blue-eyed diva’s photos from her baby shower have surfaced on the internet and they are pure gold.

In the pictures, it appears that loving husband Abhishek never left the side of his gorgeous wife throughout the celebrations.

Aishwarya can be seen sitting on a throne donning a golden saree with her husband Abhishek complimenting her perfectly. In one of the pictures, the actress’ mother Vrinda can be seen performing a ceremony and in another, Abhishek is seen fixing Aishwarya’s hair. Another picture shows Amitabh and Jaya Bachchan, giving their blessing to the couple. Check out the pictures here: 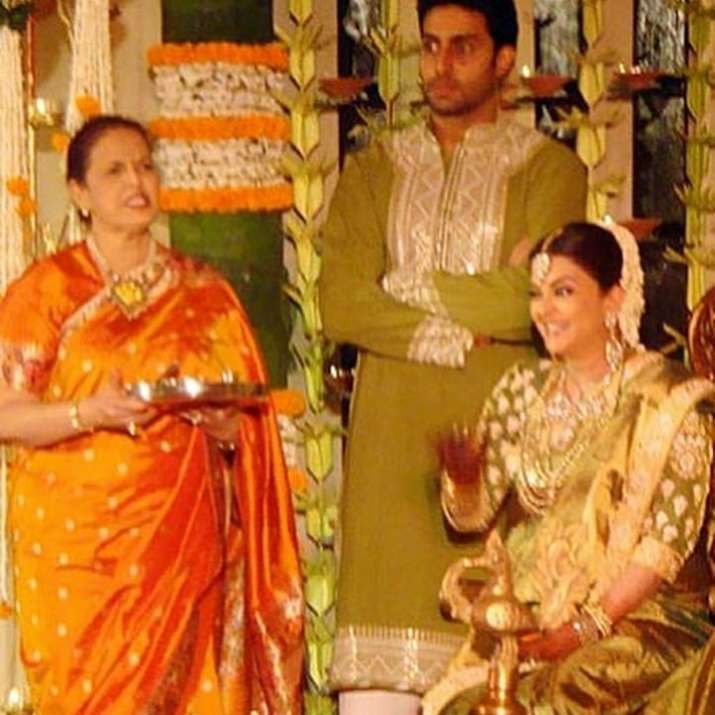 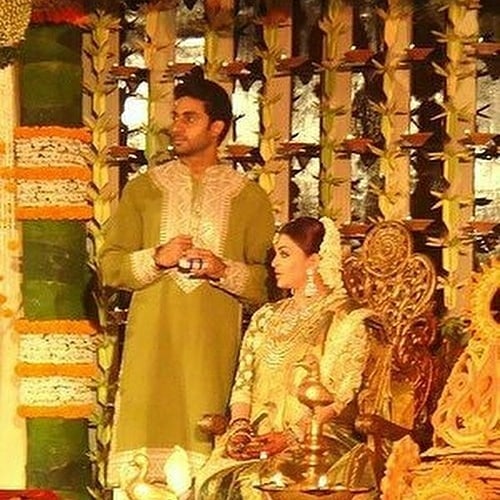 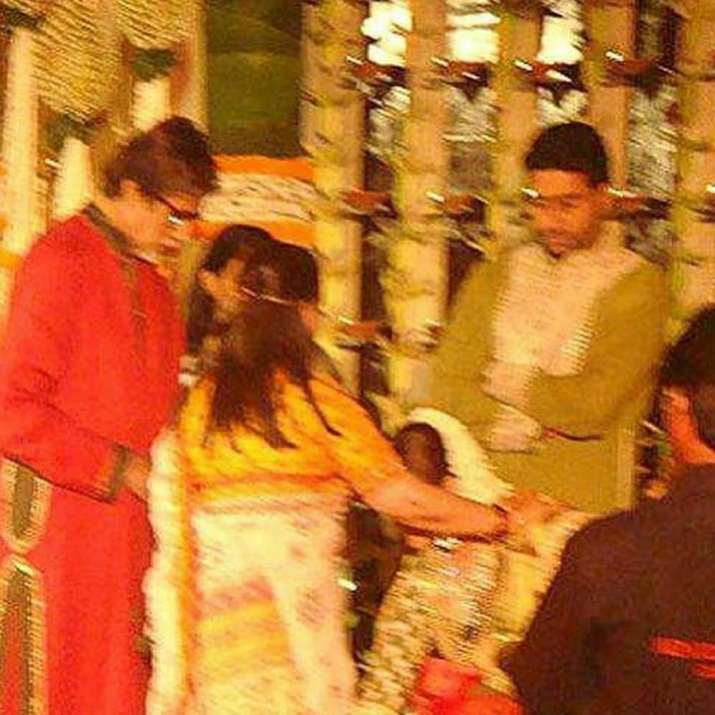 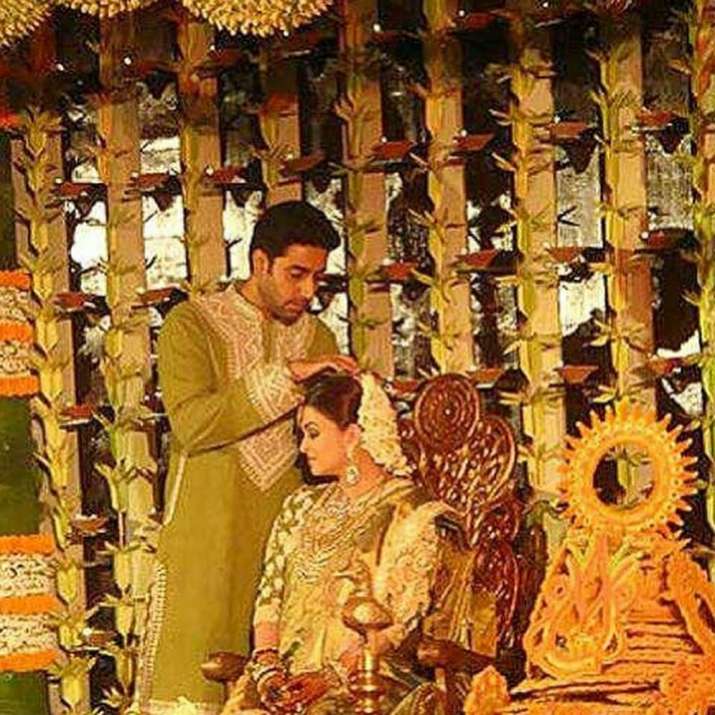 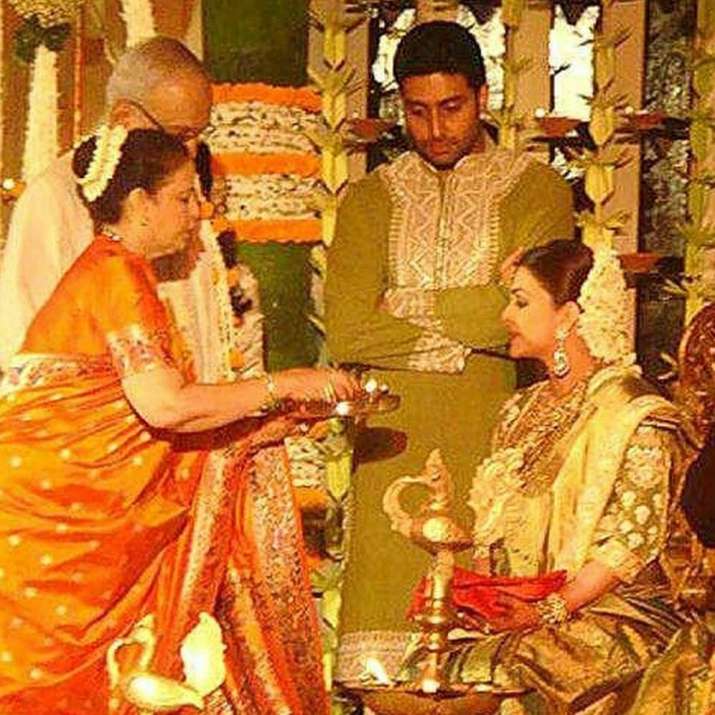 For the unversed, Aishwarya Rai and Abhishek Bachchan got hitched on April 20, 2007 and welcomed their little daughter Aaradhya in 2011. The actress has always been very private about her personal life. While she shies away from talking about her family in public, she revealed in an interview with Filmfare Abhishek proposed to her on the sets of her film Jodha Akbar.

The actress added that she was getting married in real life to Abhishek Bachchan and at the same time shooting her wedding scenes in the film with Hrithik Roshan. She said, “We’re doing Khawja Mere Khwaja, sitting as a bride, and I am like, oh my god this is surreal, all happening on-screen, off-screen, this is bizarre.”

On the related note, Abhishek and Aishwarya were last seen together in a film in 2010, Raavan. They were supposed to come together for Anurag Kashyap’s upcoming film but things didn’t go as planned and the actress decided to opt out of the project.