Amy Jackson has found love in the arms of British multi-millionaire George Panayiotou.

Actress Amy Jackson, who was last seen in the Rajinikanth starrer 2.0, is a happy woman. She welcomed New Year 2019 by taking her relationship a step ahead with boyfriend George Panayiotou. Amy Jackson posted an adorable picture announcing her engagement with her British businessman fiance George.

Flaunting her gorgeous engagement ring, Amy Jackson shared the picture with a caption that read, “1st January 2019 - The start of our new adventure in life. I love you. Thank you for making me the happiest girl in the world”.

Amy had been dating George, a businessman by profession, for a good time. However, the actress wished to keep her relationship away from the media glare. Amy had sort of confirmed her love affair when she had wished George on Valentine's Day with the most romantic message.

The two are currently having their 'we' time in Zambia.

Amy Jackson has found love in the arms of British multi-millionaire George Panayiotou, who is the son of British property developer Andreas Panayitou, founder of The Ability Group. The Panayitous own a chain of luxury hotels that include names like Hilton, Double Tree, Park Plaza, etc. 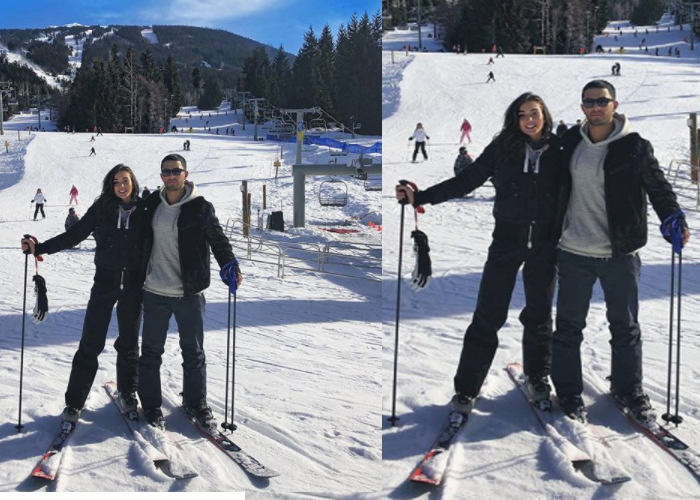 Earlier, reports had it that the Amy and George will tie the knot soon. ’Amy has been in a steady relationship for the longest time now. She just didn’t want to open up about her personal life to the public. She kept her affair hidden from the prying eyes of the media for a long time. Amy and George are a happy couple. She always wanted to have a family of her own. She’s planning to get married sometime later this year. The couple is currently deciding on the date and venue for their D-Day”, a source was quoted as saying to DNA.

On the professional front , Amy Jackson was seen as a robot in Rajinikanth and Akshay Kumar starrer 2.0.

For more Entertainment and Bollywood News, stay with us.