Amitabh Bachchan's fan asks if it is Carry Minati standing beside him. Big B's reaction is priceless

"Ye carry kya hota hai," wrote perplexed Amitabh Bachchan when a fan asked if it is Carry Minati standing next to him.

Amitabh Bachchan's fans think his grandson Agastya Nanda has bears striking resemblance to Carry Minati. They even dropped comments on Big B's post trying to bring his attention. They succeeded also but unfortunately, the superstar doesn't know who Carry Minati is. And we aren't surprised. "Fight .. fight the fit .. fit the fight .. reflective mirrors , laterally inverted imagery .. and the inspiration with Grandson," Big B captioned the photo he shared on Instagram. The mirror selfie also featured his grandson Agastya. The duo is seen working out in their home gym in the picture.


“Yeh baju mein Carry khada hai kya sir (Is that Carry standing next to you sir)?” a fan asked in the comments section. To which, Amitabh replied, ‘baju mein mera pota, mera grandson khada hai. Ye carry kya hota hai. (My grandson is standing next to me. What is this Carry)?”

Celebrities such as R Madhavan, Rohit Roy and Bhumi Pednekar also dropped comments on his post. "You are incredible and so adorable passionate .. I just want to let out a big WHOOOOP.. very time I see that energy... love so much AMITJI," wrote Madhavan. "Wooooaaaah!! The coolest gent this side of the planet! Or any side of the planet actually!!Love you Amit ji," commented Rohit. 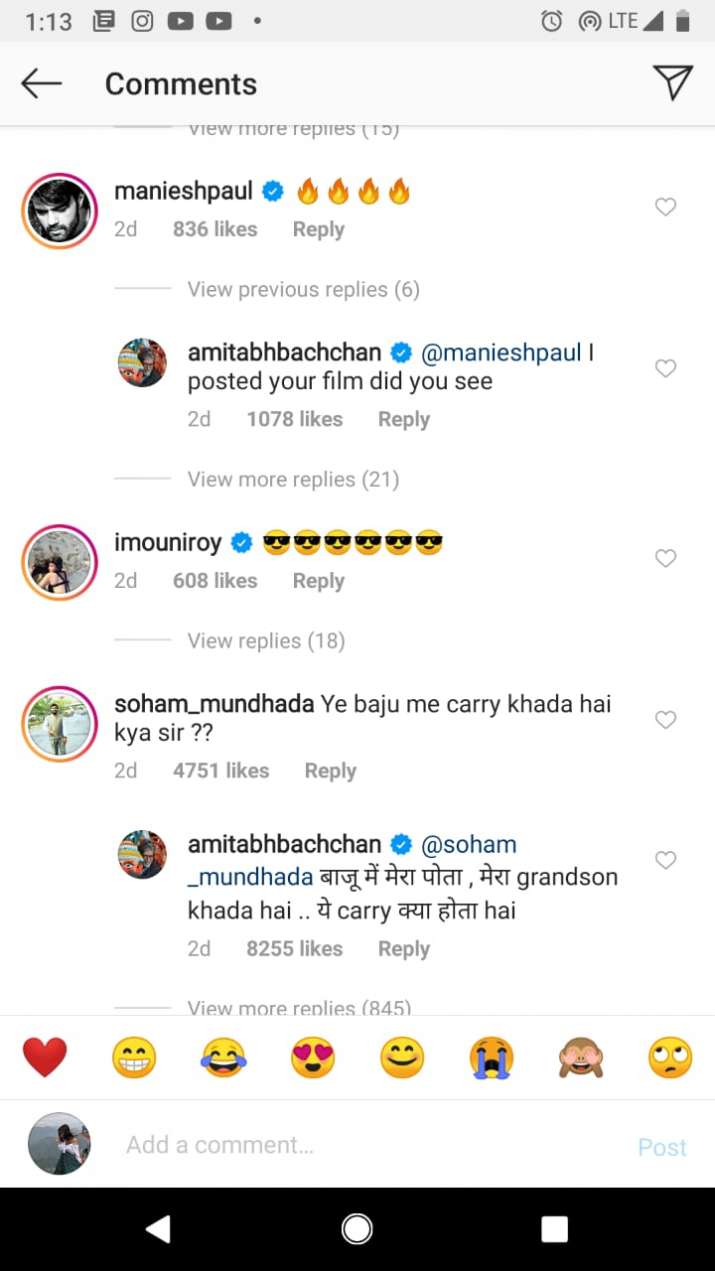 For the unversed, YouTuber Carry Minati aka Ajey Nagar suddenly became one of the top Twitter trends after his YouTube vs TikTok video went viral. Later, the video was taken down by YouTube for violating its norms of cyberbullying and harassment.

For those living under a rock, Carry in his video had ‘roasted’ TikToker Amir Siddiqui, who earlier had slammed YouTubers. Carry's video had earned millions of views and was to become the most-liked non-music video on the streaming platform, but it was taken down.