The Sky Is Pink trailer review: Priyanka Chopra, Farhan Akhtar’s film is a delightful tale of love and hope

The trailer of The Sky Is Pink has love, hope, aspirations, romance, and a heavy dose of drama. But we are not complaining -we have Priyanka, Farhan and Zaira- a bundle of talent enough to keep us hooked to our screens and glued to our seats.

The first trailer for Priyanka Chopra’s comeback Bollywood film, The Sky Is Pink, is out. Directed by Shonali Bose, the film also stars Farhan Akhtar, Zaira Wasim and Rohit Saraf. It is produced by RSVP Movies and RKF and marks Priyanka’s return to Hindi films after three years.

The Sky Is Pink is based on the life of Aisha Chaudhary, who became a motivational speaker after being diagnosed with an immune deficiency order at the age of 13.

The trailer is what every Bollywood movie is made of -- love, hope, aspirations, romance, and a heavy dose of drama. But we are not complaining -- we have Priyanka, Farhan and Zaira -- a bundle of talent enough to keep us hooked to our screens and glued to our seats.

In an interview to Bombay Times, Priyanka, who is also co-producing the film with Ronnie Screwvala and Siddharth Roy Kapur, said she was proud to be a part of the project. Priyanka said that the story of the film is something which everyone will relate to. She said, “The Sky Is Pink is a story of love and hope, and I think that it will resonate with everyone at some level. We’ve all faced loss and this movie shows us how to celebrate the life of your loved one, instead of mourning their death. I knew playing Aditi Chaudhary was going to be challenging and portraying her journey on screen has been really special. As a co-producer, I’m proud to be a part of making a film like this.” 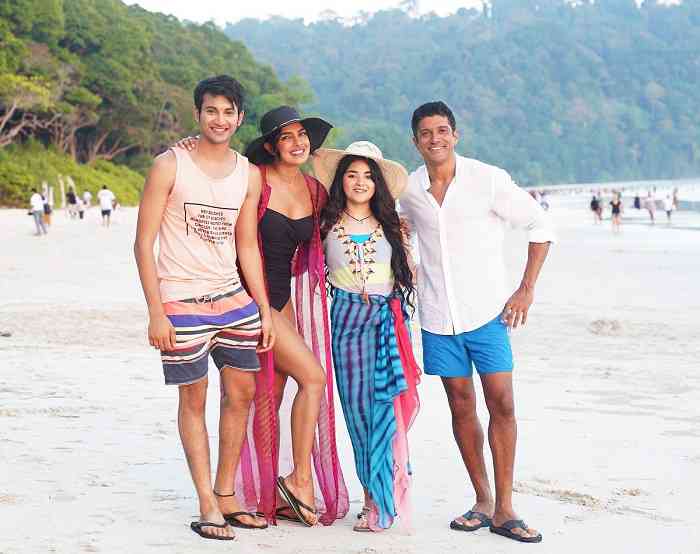 The poster of the film was shared by Priyanka on her Instagram with a caption, "In this family, crazy doesn’t skip a generation! We bring to you #TheSkyIsPink trailer Tomorrow at 10 AM!"

In a recent interview to people.com, Priyanka revealed that the final scene of the film made her husband and singer Nick Jonas cry. She revealed that the director Shonali Bose on the last day of shooting before their wedding shared that they had invited Nick to the set for celebration. "But he came a little early and we were out in the dark and she was doing a very, very intense scene and I heard a sniff and I suddenly turned and there was Nick standing next to me and he was just crying to see her be emotional. It was just the sweetest thing." 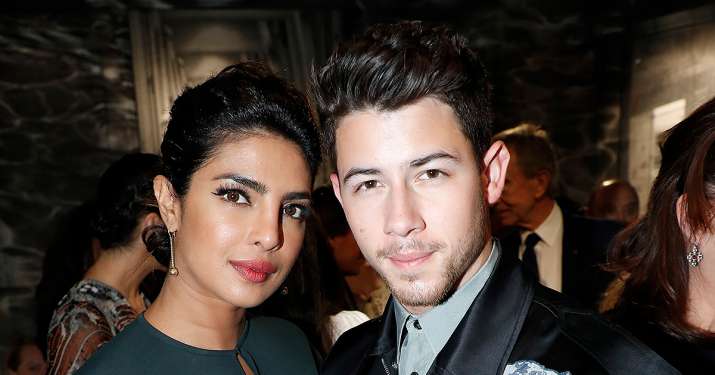