Sara Ali Khan and Kartik Aaryan were all smiles as they left for Delhi to begin shooting for Love Aaj Kal 2.

It was not much ago when Love Aaj Kal 2 featuring Sara Ali Khan and Kartik Aaryan was confirmed and now the film is all set to go on floors. Imtiaz Ali's film will feature Sara and Kartik together for the first time. Sara's fondness for Kartik is a well-known fact and a lot has been asked to both of them about each other. It will be quite exciting to see Sara and Kartik romancing each other on screen.

Today, Sara and Kartik were spotted at Mumbai airport as they left for Delhi. Both the stars were all smiles for paparazzi as they captured them in their cameras. While Sara was dressed in her favourite white ethnic dress, Kartik sported a casual look. He wore a grey sweatshirt with blue denims and sunglasses. While Sara opted for a fresh no makeup look, Kartik's uber-cool style grabbed eyeballs.

Sara was as usual cheerful and jolly for shutterbugs. On the other hand, Kartik, who is basking in the success of his recently released film Luka Chuppi gave the signature pose. Luka Chuppi, also starring Kriti Sanon, Pankaj Tripathi and Aparshakti Khurana which opened with Rs 8 crore, has raked in Rs 10 crore on day two.

Check out the photos below: 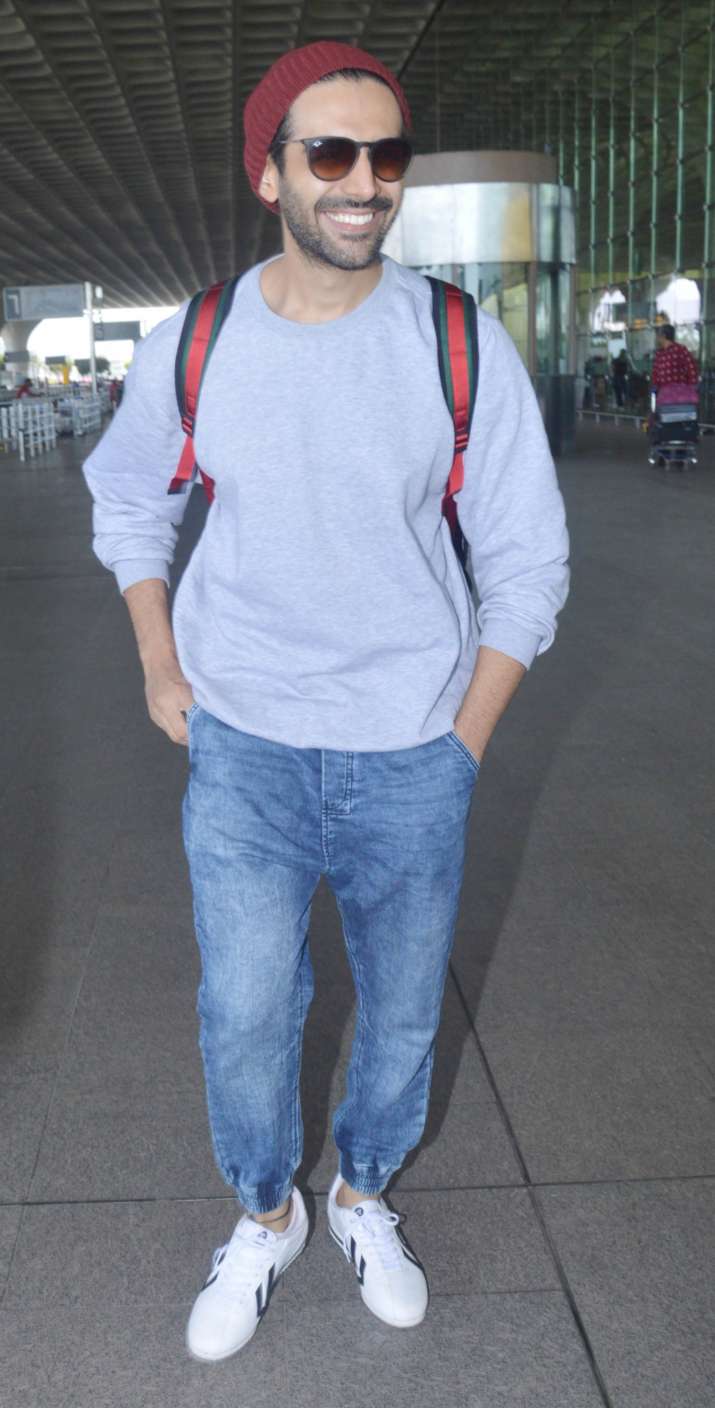 There was a lot of buzz about Love Aaj Kal 2 since past few months but both the actors and the filmmaker kept on refuting the reports. Finally, it has been confirmed and Sara-Kartik's fans can't keep calm. According to a report published in Mumbai Mirror, ''Unlike imtiaz’s previous two films- Jab Harry Met Sejal and Tamasha, which were set in foreign locales, this one largely unravels in Punjab and Delhi.”

Even Kartik confirmed the reports and said, ''Yes, I am doing Imtiaz Sir next film- he is one of my favourite filmmakers and I have always wanted to work with him. I am glad it’s finally happening.” The film also features Randeep Hooda in an important role.