Mumbai Police on Wednesday went on a hunt of suspected terrorists, only to know that they are actors. A TV channel report claimed that cops went looking for two individuals who were dressed as terrorists and were spotted strolling around Vasai, buying cigarettes. After an hour-long search, the police nabbed them and on investigating, it was found that both of them were extras in Hrithik Roshan and Tiger Shroff's upcoming action drama, the report further added. Later, Mumbai Police took to Twitter to clear the air and denied any such arrest.

Mumbai Police has not picked up any such persons. Kindly verify facts. https://t.co/vGOi2X3dYi

The report stated that the two individuals were identified as Balram Ginwala, 23, and Arbaaz Khan, 20. Their bombers-like outfits created panic among people and soon police were notified. In fact, the production unit in-charge confirmed that the two were are working for the film and even submitted all papers, but of no use. The Mumbai Police still booked the unit in-charge and both the extras for creating panic and disrupting peace under Section 188 of the Indian Penal Code.

Now, it is proved that the news was fake. However, netizens already had a field day soon after the news was out. Twitterati began taking jibe at Mumbai Police. "Balakot wale sources Mumbai police ko bhi tip-off de rahe hai,'' a user tweeted. ''Kya circus chal raha hai,'' wrote another. 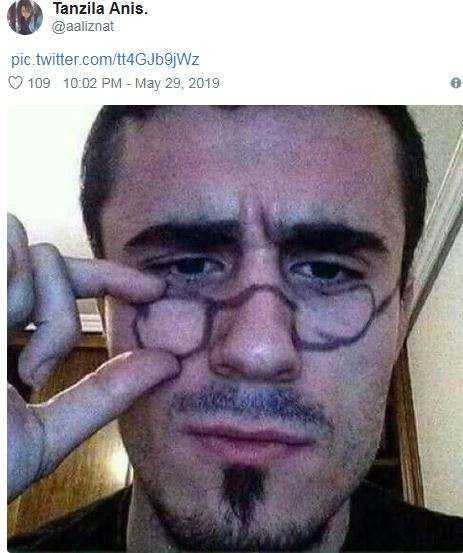 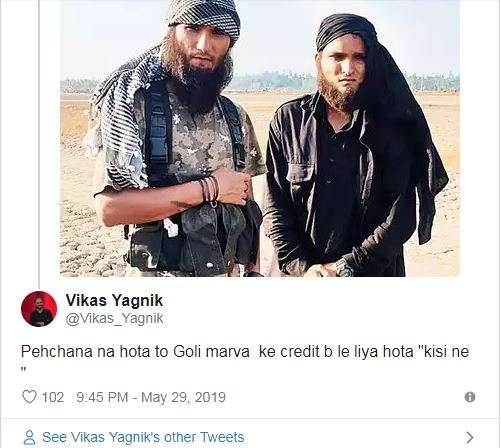 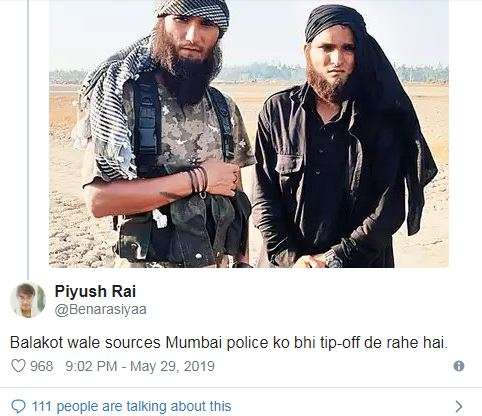 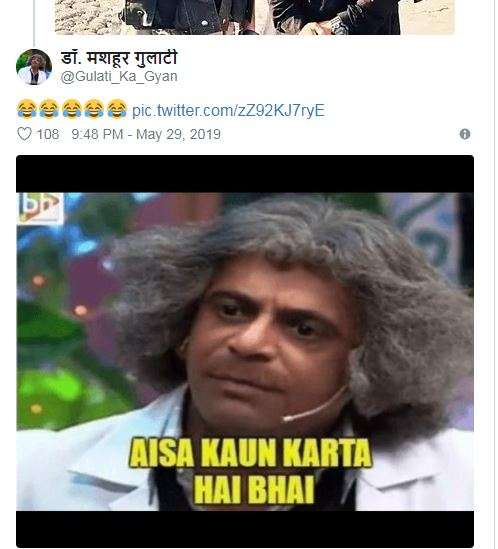 For unversed, Tiger Shroff and Hrithik Roshan’s film, which also stars Vaani Kapoor is being directed by Siddharth Anand. Meanwhile, Tiger and Hrithik will be sharing the screen space for the first time in the untitled movie The shoot of YRF's production has been wrapped up but makers don't want to leave any stones unturned to make it visually appealing. It is said to be a face-off thriller

"We want to stand apart and redefine how action films are made in Bollywood. We are shooting in Spain, Georgia, Italy, Portugal and Sweden and of course India. Some of the biggest action sequences will be shot in these countries," Siddharth Anand had earlier told PTI.