As the country undergoes the last phase of polling for Lok Sabha Elections 2019, Farhan Akhtar's late appeal to Bhopal electorates left Twitterati having a field day. Farhan took to Twitter to appeal Bhopal to cast their vote considering several important factors. "Dear electorate of Bhopal, it’s time for you to save your city from another full-of-gas tragedy. #SayNoToPragya #SayNoToGodse #RememberTheMahatma #ChooseLoveNotHate,'' he wrote. Well, there is no issue with the tweet or language but the main thing is, Bhopal has already voted.

Yes, Bhopal underwent polls a week back and Farhan's tweet gave Twitterati an opportunity to slam him left, right, and centre. Such a goof-up was not expected from Farhan who comes from a family that has good political knowledge. While his father Javed Akhtar, a renowned lyricist is quite vocal, his step-mother Shabana Azmi is also not scared to call a spade a spade. 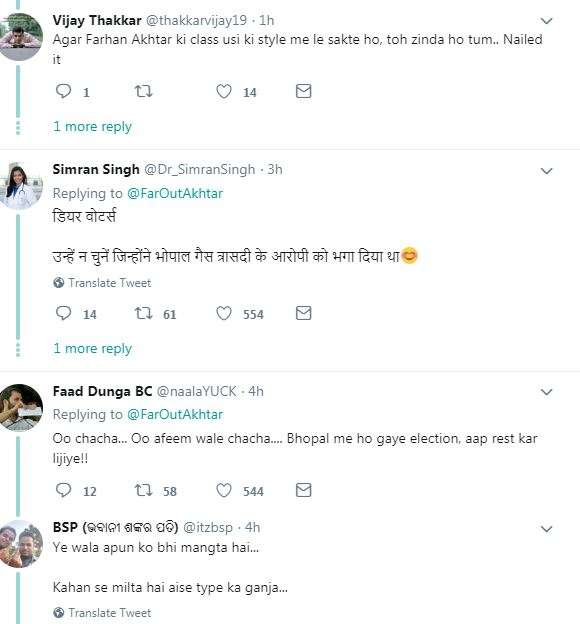 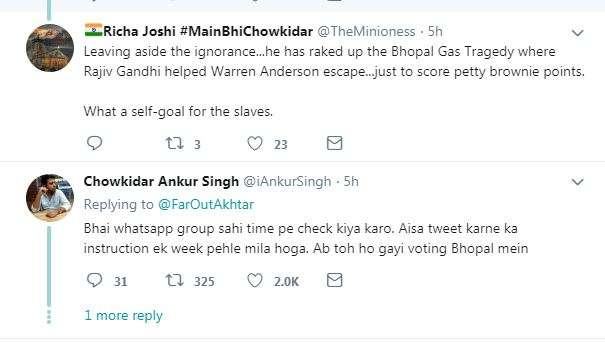 However, Farhan being himself came back with an epic poetic response for all his haters. No explanation, no clarification, just two deep lines and he is done. "Humne taareek galat samjhi toh galaa pakad liya, Jisne itihaas galat samjha use galey laga rahe ho. #Priorities," he tweeted.

For unversed, Bhopal is one of the hot-seats of the country, where there is a contest between Congress's Digivijaya Singh and Bharatiya Janata Party's Sadhvi Pragya Thakur.

On the professional front, Farhan will next be seen in Shonali Bose's The Sky Is Pink, which marks the comeback of Priyanka Chopra in Bollywood after three years. The film, which also stars Zaira Wasim, is based on the life of Aisha Chaudhary, who became a motivational speaker after being diagnosed with pulmonary fibrosis. The Sky Is Pink is scheduled to release on October 11 this year. Meanwhile, Farhan is also preparing for Rakeysh Omprakash Mehra's Toofan.