Deepika Padukone and Hrithik Roshan have reportedly united for the remake of Satte Pe Satta to be directed by Farah Khan.

In a first, Bollywood stars Deepika Padukone and Hrithik Roshan will reportedly be seen together on the big screens. Rohit Shetty and Farah Khan have teamed up for the remake of the Amitabh Bachchan and Hema Malini starrer Satte Pe Satte (1982). Earlier reports suggested that Hrithik Roshan will be playing the lead in the film. The latest reports suggest that the makers have finalized Chhapaak actor Deepika Padukone to star opposite Hrithik.

The report states that while Hrithik is set to step in the shoes of Amitabh Bachchan for the remake, Deepika has also given her nod to recreate Hema Malini's role.

“Both Farah and Rohit wanted Deepika Padukone in the movie because not only do they love her but she fits the role to the T. When DP debuted, everyone felt she had an uncanny resemblance to Hema ji in terms of her beauty as well. When Farah narrated the story to DP, she loved it and instantly gave her nod", a source was quoted as saying to Pinkvilla.

On the work front, Deepika Padukone will be seen in Chhapaak where she will be essaying the role of acid attack survivor Laxmi Agarwal. 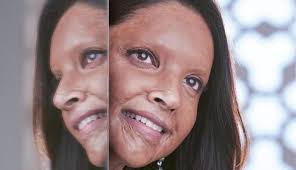 The actress will be also be seen sharing screen space with husband Ranveer Singh in 83 where she will be playing the role of cricketer Kapil Dev ‘s wife, Romi Dev.

Deepika made the announcement on Instagram by sharing a picture with director Kabir Khan and Ranveer Singh. She captioned the image as, “& on to the next…Thank You @kabirkhankk for this incredible honour…! #RomiDev#Day1.” This will be the first time the two will be seen working together after their wedding.

Meanwhile, Hrithik Roshan is all set to impress fans with Super 30 which also features actors such as Mrunal Thakur, Pankaj Tripathi, Nandish Singh, and Aditya Srivastava among others. Directed by Vikas Bahl, Super 30 is produced by Nadiadwala Grandson Entertainment, Phantom Films, and Reliance Entertainment. The film is slated for a July 12 release.