Along with sharing the first poster, Shahid Kapoor also revealed that the trailer of Batti Gul Meter Chalu will release this Friday.

Finally, the wait is over! Shahid Kapoor has released the first poster of his most awaited film Batti Gul Meter Chalu and it won’t be wrong to say that it is as lit as the lead actors. Sharing another poster on his social media, he wrote, "Feeling on top of the world! Kal se trailer chalu. #BattiGulMeterChalu @shraddhakapoor #DivyenduSharma @yamigautam @tseries.official @bgmcfilm_ #BhushanKumar @shreedewoss"

Taking to social media, lead actor Shahid Kapoor shared the poster of the film that features the whole city in a bulb which is supposedly fused. The poster reads, “fused bulb se Kranti nahi layi jaa sakti.” The actor shared the poster and captioned it as, “It's current! It's light! It's shocking! #BattiGulMeterChalu #BGMCPoster Trailer out on Friday at 12:30 pm.”

Along with sharing the poster, Shahid Kapoor also revealed the release date of the trailer of the film. The actors of the film have been sharing behind-the-seen pictures and videos from the sets of Batti Gul Meter Chalu which have made it even harder for the fans to wait for its release.

In many of his interviews, Shahid Kapoor has claimed that Batti Gul Meter Chalu is a very special film for him and that he agreed to do the film because his wife Mira Rajput liked the script a lot.

'Batti Gul Meter Chalu' is about bringing the social issue of electricity shortage to the notice of people and to encourage authorities to investigate the inaccuracies of electricity bills. Directed by Shree Narayan Singh, the film also features Shraddha Kapoor and Yami Gautam in pivotal roles. The first of both the actress has been revealed. 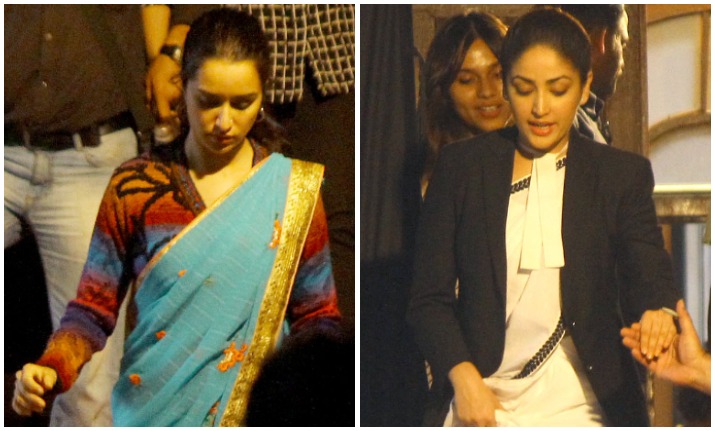 On a related note-