Aishwarya Rai Bachchan and Abhishek Bachchan are one of the strongest couples of Bollywood. It has been over a decade when they began their beautiful relationship by taking wedding vows and they still make us go aww every time they step out together. The grace with which the couple carries themselves, without spilling too much about their personal life on social media gives us relationship goals. Aishwarya and Abhishek were recently spotted at Mumbai airport in ethnic avatars.

As per Deccan Herald, the couple was in Mangalore to take part in 'Vaikuntha Samaradhane’ of Aishwarya’s uncle at Kadri Manjunatheshwara Temple hall. The actress' uncle recently breathed his last. Later, Aishwarya and Abhishek also offered puja in the temple.

Have a look at the pictures. 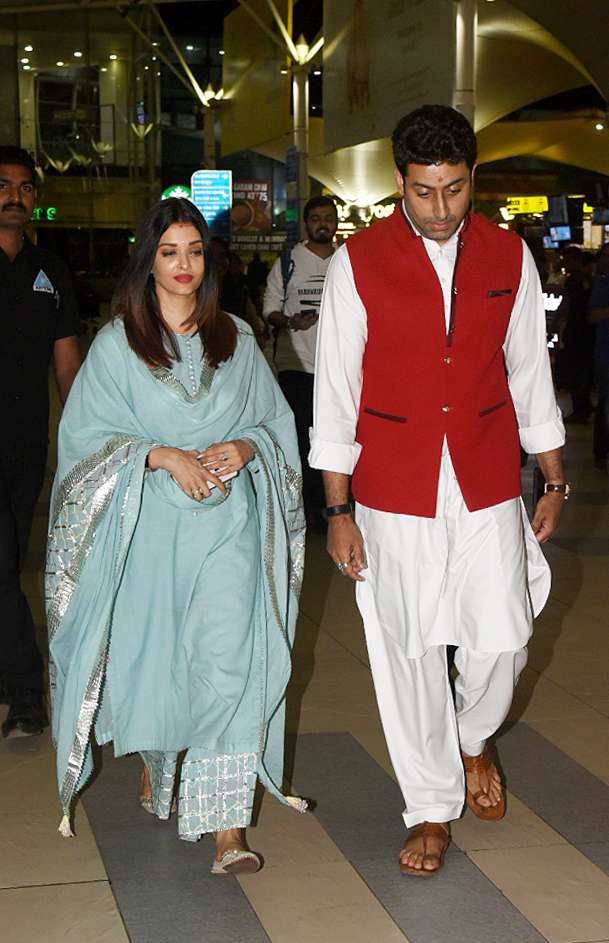 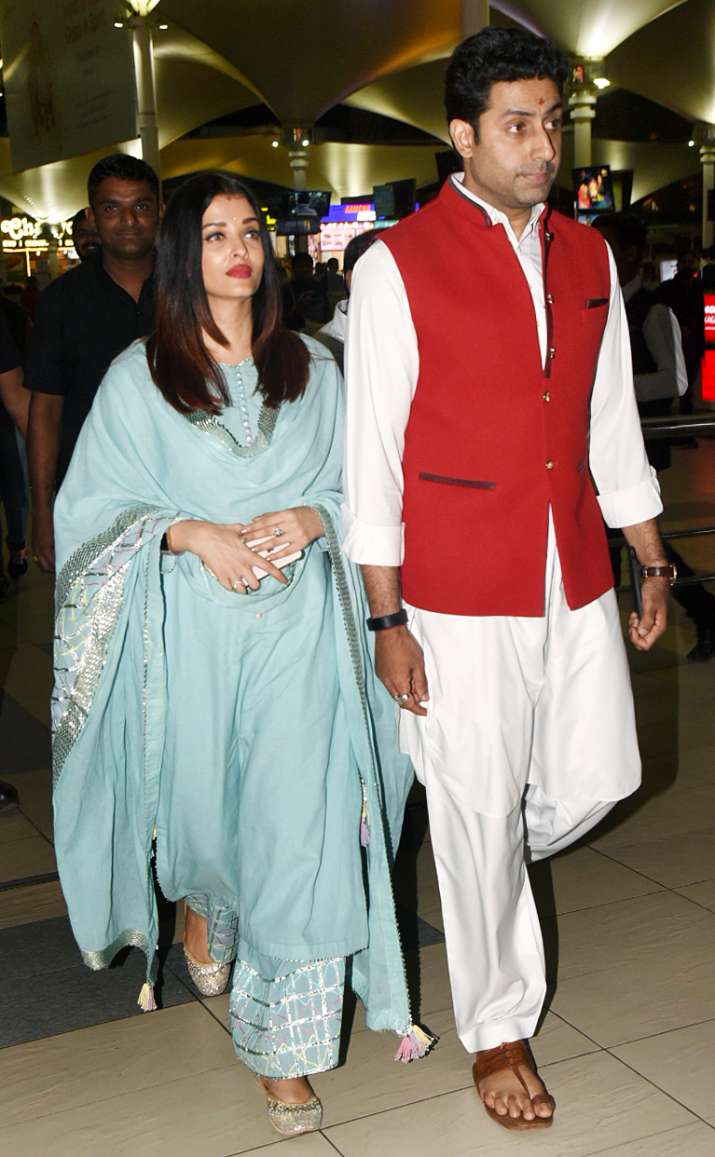 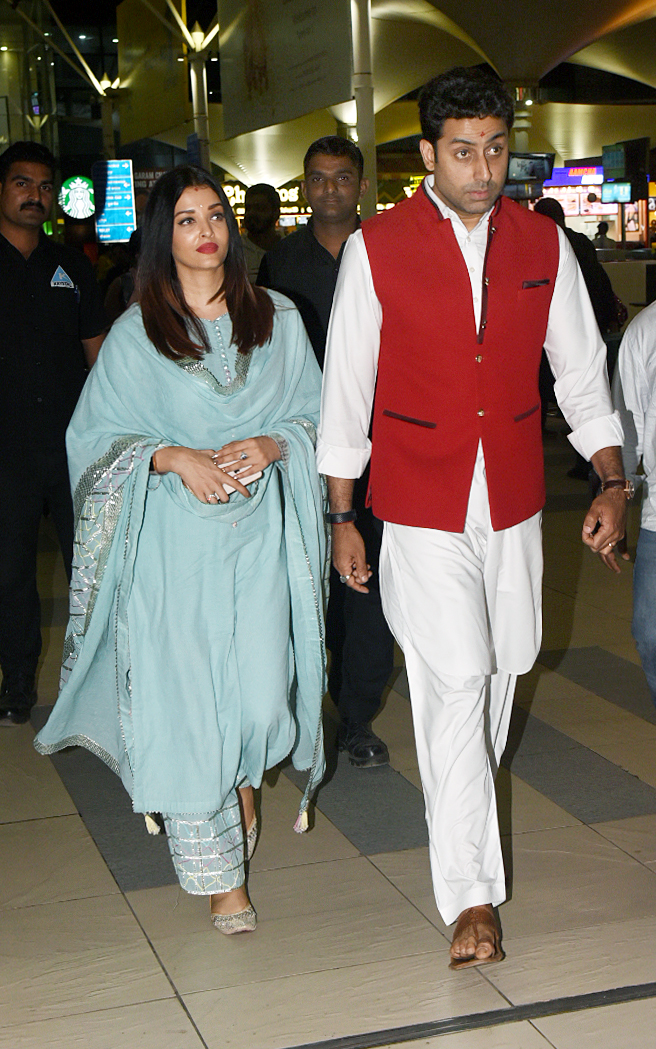 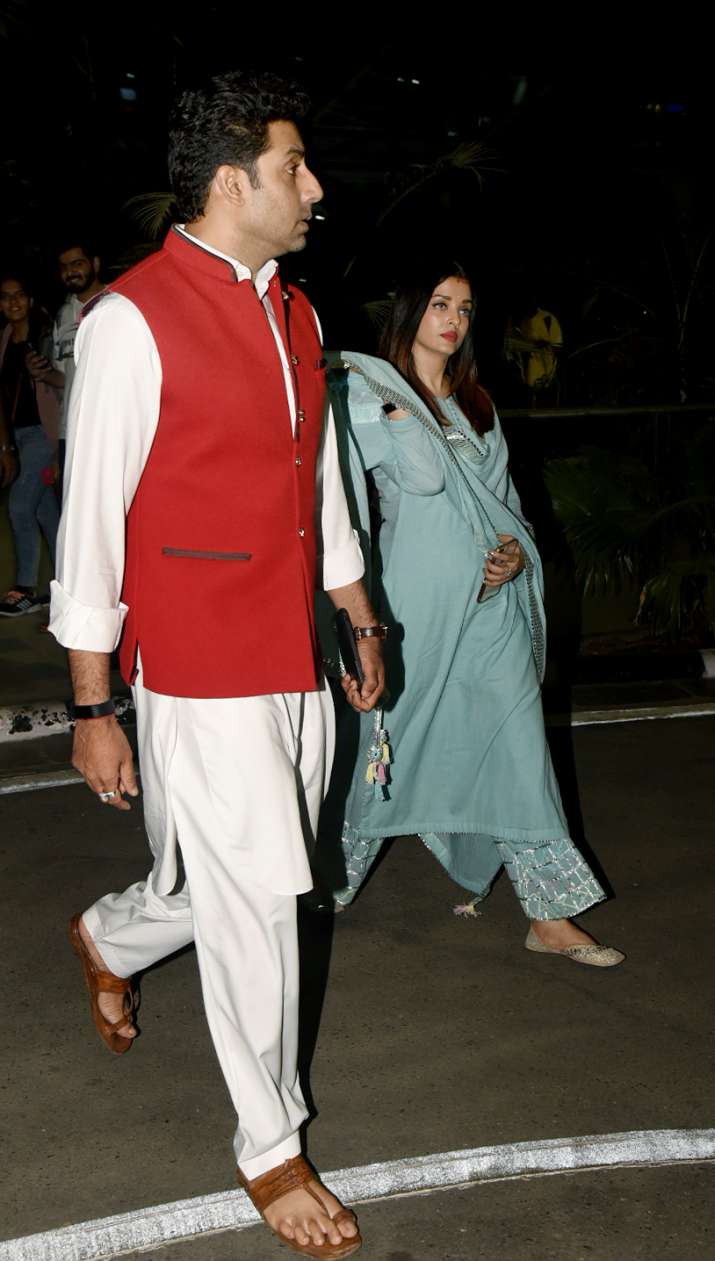 On the professional front, Abhishek Bachchan was last seen in Manmarziyaan, directed by Anurag Kashyap. He will next feature in Anurag Basu's directorial, which also stars Aditya Roy Kapur, Rajkummar Rao, Fatima Sana Shaikh and Sanya Malhotra in lead roles. The movie, which will be based on the lines of Basu's hit film Life in a... Metro, is yet untitled.

In October last year, after kick-starting the shoot, Abhishek shared a photo of Anurag and captioned it, "On the auspicious day of Dushera we embark on a new journey. I hope Anurag is still smiling after I give my shot and the day is done too! #TakeTwo #ontothenextone."

On the auspicious day of Dushera we embark on a new journey. I hope Anurag is still smiling after I give my shot and the day is done too! 🤦‍♂️ 🤞 #TakeTwo #ontothenextone

On a related note, Aishwarya was last seen in Anil Kapoor and Rajkummar Rao starrer Fanney Khan. The movie which released last year in August tanked at the box office. The actress hasn't officially announced her next project.