The autonomous university argued that this is an alternate mode of assessment proposed by the Deputy Chief Minister.

In a circular addressed to the student, NSUT said: "The ongoing Open Book Examination is not an ESE. It is a Time-Bound Home Assignment/Tutorial. The student has to attempt this time-bound assignment from his/her home and is allowed to use books/notes/internet etc." 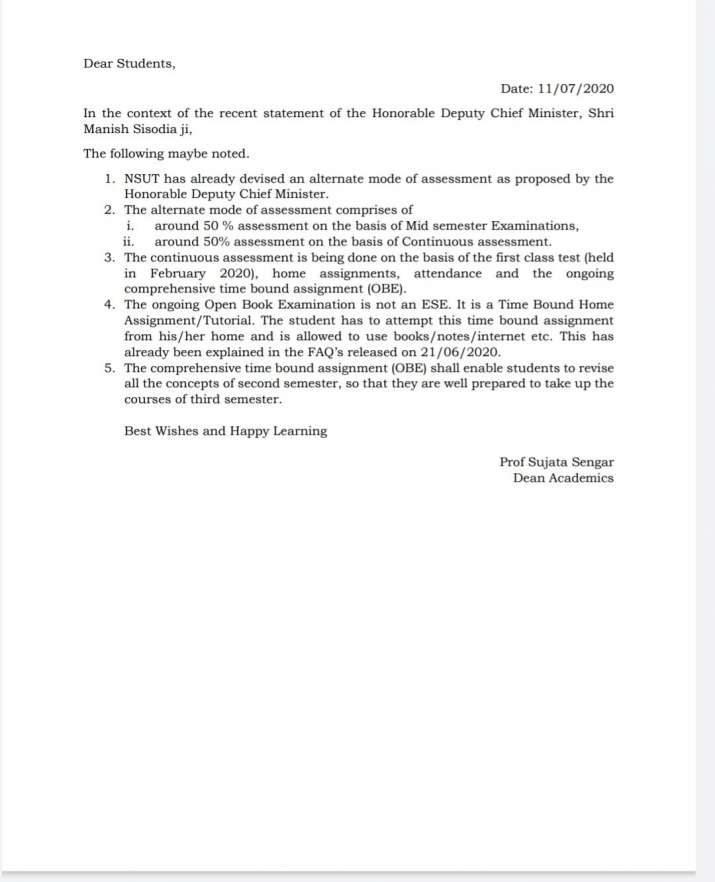 "The comprehensive time-bound assignment shall enable students to revise all the concepts of the second semester so that they are well prepared to take up the courses of the third semester," she added. NSUT also issued a date-sheet along with this notification that the student argues is the "previous one with a different name". 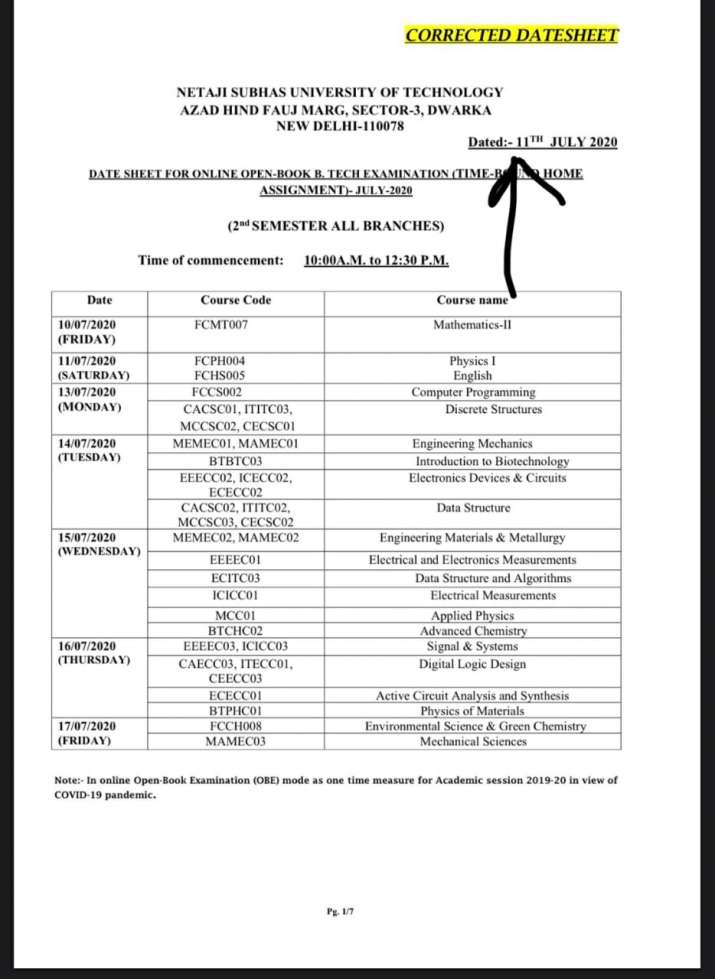 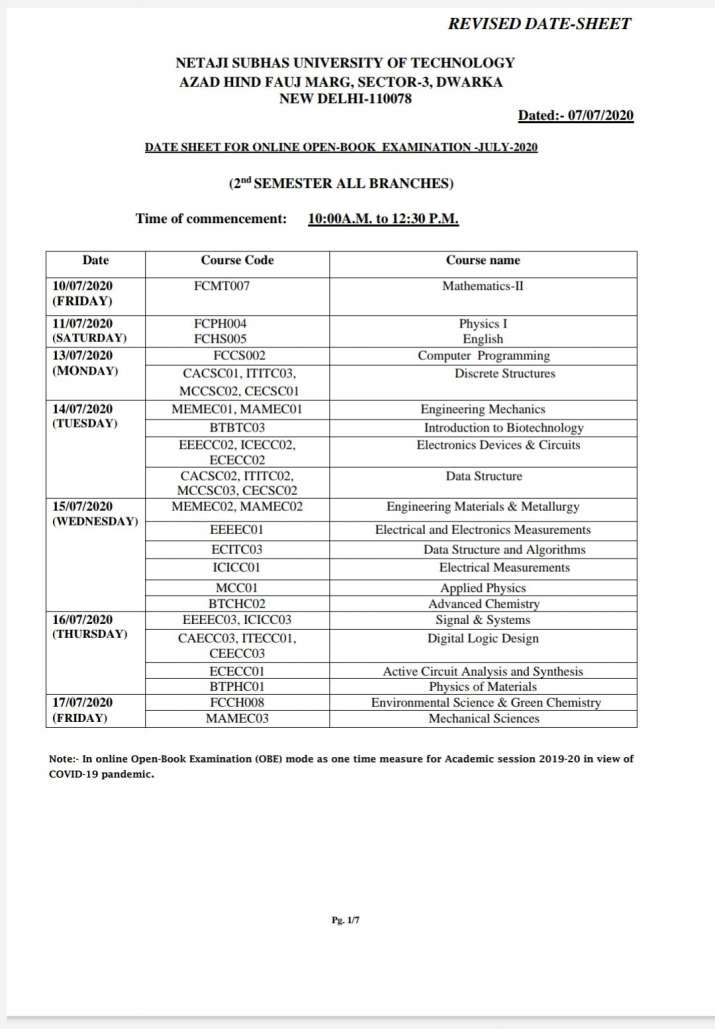 This examination is only for the students who are in the first year, as the students of second, third, and fourth-year are under the Delhi University evaluation after the college became an autonomous university in 2018.

"NSUT is conducting exams in the name of the time-bounded assignment in which we have to attach an undertaking that we have not cheated or talked to any person during that period. If this is just a revision why can't they conduct for second, third, and fourth-year students?", a first-year NSUT student said.

"We took our first exam that was held on July 10 in a very hectic and poor manner. After Delhi govt's order, they have increased the weightage of mid-semester exams (held in February) from 15 marks to 50 marks. This is discriminatory," another student said.

Meanwhile, some universities like the Ambedkar University and the IGDTUW have already completed their assessment process of students and even announced the results.

IGDTUW has a strong mechanism of continuous internal assessment followed by an end-semester examination.

The Delhi Technological University had already conducted exams for students of the final year in the online mode and even given them mark sheets and provisional degrees so that students could join jobs.

The exams for students of intermediate semesters were scheduled from July 20 but now the varsity will wait for the government''s directive on how to assess students.

On Saturday, the Delhi govt decided to cancel all Delhi state university upcoming exams including final exams in view of coronavirus pandemic. Deputy CM Sisodia also informed that the degree will be awarded based on evaluation parameters decided by the universities.