According to what some first-year students studying with government medical colleges in Uttarakhand told India TV Digital, the state government has done away the facility of bond service, for a subsidized fee.

To understand briefly, undergraduate students at government medical colleges in Uttarakhand were earlier made to sign a bond which included a condition of subsidized fee if they agree to serve at a government medical facility for 5-years of time after completing their course.

With the bond service in place, students paid ₹50,000 annual fee. However, now since the service has been removed, students are forced to pay ₹4.26 lakh as their annual fee. 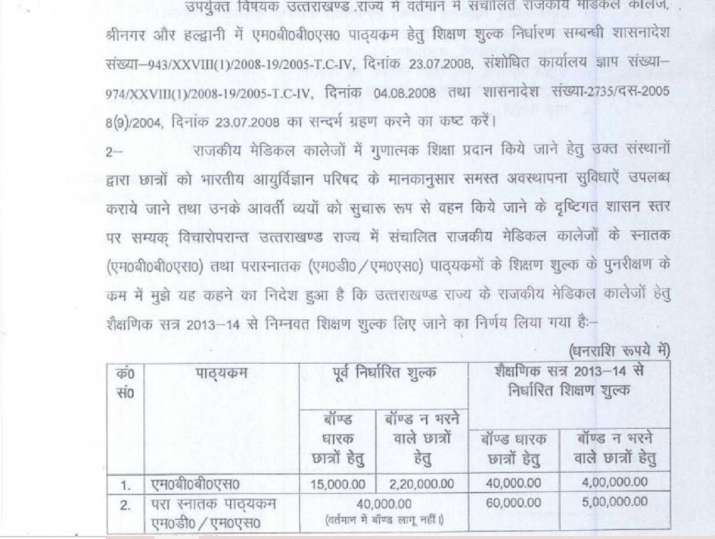 Students have also claimed that the revised fee structure at both the government medical colleges in Haldwani is the highest fee for MBBS across colleges in the country.

On the condition of anonymity, a student said he and his family are now finding it hard to pay the amount for his MBBS course. Especially with the present coronavirus situation, a number of families are also facing a financial crunch, which has strengthened the challenge. 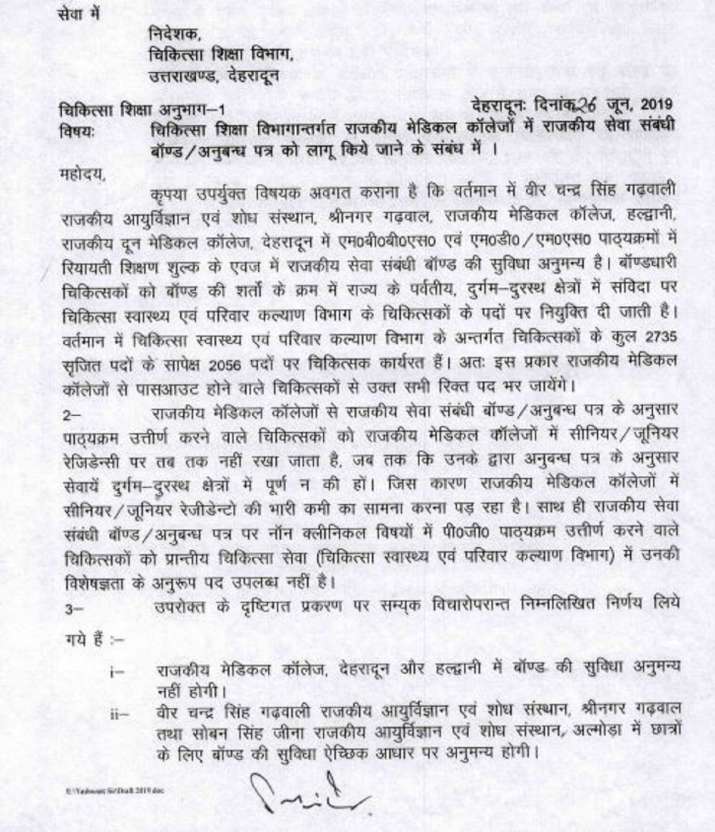 Taking to Twitter and using hashtags such as #MBBSyaBusiness #FeeOrBurden and #GovtMedicalCollegeLoot, students in Uttarakhand are now demanding a reasonable fee structure. Students have told India TV Digital that they have even written letters to Chief Minister Trivendra Singh Rawat who also heads the medical education department.