The infusion into PSBs will be based on twin parameters of 'performance and potential', the Finance Ministry said.

In its bid to revive state-owned banks struggling due to bad loans, the government on Tuesday announced a mega plan to breathe life into them and provide them with much-needed share capital for lending and revive investment.

India's banks have been plagued by the highest stressed-asset ratio in 17 years, eroding its capital buffers and hitting lending ability. The investors are reluctant to buy shares of lenders given their concerns over profitability and asset quality.

It was in recognition of this crisis that banks are faced with that Finance Minister Arun Jaitley on Tuesday announced a Rs 2.11 Lakh crore package for the recapitalisation of Public Sector Banks. This was other than the Rs 6.7 lakh crore infrastructure package it announced for building roads and highways totaling 83,000 km in five years.

Here are 10 things you need to know about the government’s mega PSB recapitalisation plan: 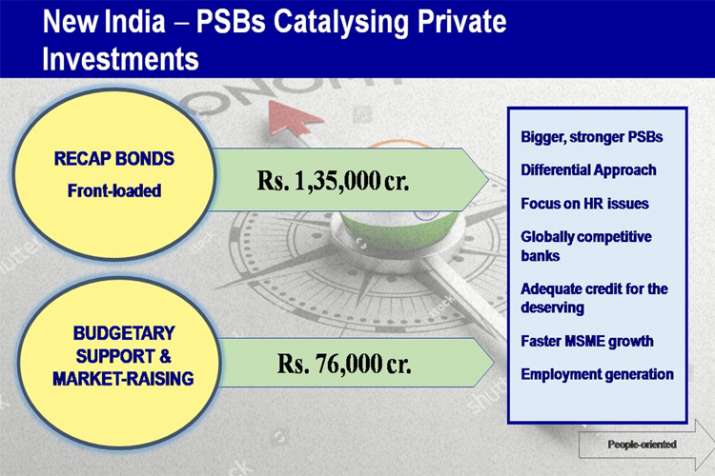